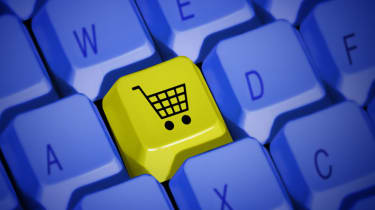 Pre-orders for Windows 7 have already topped the sales of copies of Vista sold in the first year at stores run by DSGi, according to category director Jeremy Fennell.

Windows 7 officially goes on sale 22 October, but has been available for pre-order since July at a huge discount. Since then, it's already outdone the first year of Vista sales at stores such as PC World and Dixons.

"We've sold more copies on preorder than we sold of Vista for the whole year," he said, speaking today at the Windows 7 launch in London.

Fennell credited this with the quality of the operating system, rather than the skill of Microsoft's marketing machine. "It's a good product... it hasn't taken Microsoft to hype the product," he claimed, adding Windows 7 was "better than the product we've seen before."

He said customer research conducted by DSGi showed that 60 per cent of consumers looking to buy a new PC had delayed buying to wait for Windows 7 to arrive.

DSGi isn't the only retailer enjoying a Windows 7 sales boom. An Amazon.co.uk spokeswoman told IT PRO that the new Microsoft OS is the biggest grossing preorder ever, topping even the last Harry Potter release.

"The launch of Windows 7 has superseded everyone's expectations, storming ahead of Harry Potter and the Deathly Hallows as the biggest-grossing pre-order product of all-time, and demand is still going strong," claimed managing director Brian McBride.

"Over the past three months, only Dan Brown's The Lost Symbol has sold more copies than Windows 7, which is an incredible achievement for a software product," he added.