Windows 7 launches in the UK

Microsoft claims it has finally learned to listen to its users with the development of Windows 7. 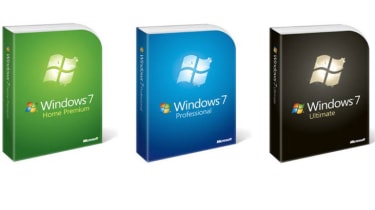 Of course, businesses and Microsoft subscribers have had access to the Windows 7 operating system for months now, and retailers actually started shipping boxed copies at the beginning of the week.

But Redmond giant declared 22 October as the day the new operating system would hit shelves and PCs would arrive with it preloaded.

It's already a success, by any standard, but compared to Vista it's a miracle, with DGSi stores already selling more in the pre-order stage than they managed in a full year with Vista.

And what was so different about it? Microsoft finally listened to its users, he claimed.

To improve the start menu alone, the software firm analysed half a billion user sessions from previous operating systems.

Once the beta was released, eight million official downloads and some seven million unofficial users who "got it somehow" submitted responses asking for new features and fixes.

Her team analysed a billion sessions to see how most people like to set up their systems, and made sure to keep the little features that the smaller percentages appreciate. "So if you're one of the 0.8 per cent of people who put [the taskbar] down the left-hand side, it still works for you," she said.

Highfield said today is a tipping point for Microsoft and Windows in the consumer space. More and more people are blurring the lines between work and play on their computers, using them to check social networking sites during the day and work emails at night, he said.

In addition, internet advertising overtook traditional advertising this year, while the PC sales outstripped TV sales for the first time this summer. "PCs are on incline, TVs are on decline," Highfield said.

Indeed, with such media-friendly features, this launch is really about the consumer space. "For consumers, perhaps Microsoft's offering of services has been a little bit patchy over the years," he admitted.

But that's set to change, he claimed, citing Windows Phone, the Xbox and Bing as steps in that direction. "All of these services together mark a new dawn for our relationship with the customer," he said.