Do we need a broadband tax?

Is the 50 pence tax enough to fund superfast broadband in Britain? 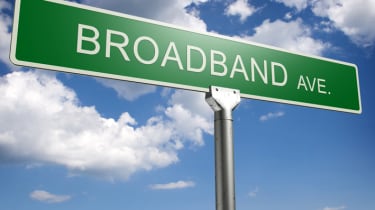 In the last week, the Shadow Minister for Culture, Jeremy Hunt, has declared that should it be elected to power at next year's general election, the Conservative Party will reverse the proposed 50 pence a month levy on telephone lines that's due to be applied by the government in the next few months.

This levy, which would effectively be a 6 communications tax on every UK phone line, is designed to go some way towards paying the bill for the necessary upgrades to the UK broadband infrastructure.

The infrastructure as it stands is great if you're in a built up, populous area, where communication companies can't install lucrative fast broadband lines quick enough. But in rural areas? It's a different story. Even in more urban areas particularly towards the north of England, the necessary investment has been sorely lacking.

And with the target of Lord Carter of Barnes' Digital Britain report earlier this year being for everyone in the UK to have access to a 2Mbps broadband connection by 2012 (which is likely to be comparably very slow by that time), there's a significant degree of investment required to stand any chance of meeting that lofty goal.

The levy of 50 pence a month is intended to raise in the region of 150 million a year (and as much as 175 million) to help fund the necessary upgrades to the communications infrastructure. It's unclear at this stage what the Conservative Party who is likely to form the next government as things stand would replace it with.

Because there's a bigger problem here: the 50 pence levy alone simply won't pay for the work that needs to be done. In fact, some estimates suggest that the longer term bill including fibre option upgrades could run to over 5 billion. And 150 million a year just isn't going to come close to covering that. If the levy is abolished in its entirety, then $1.5 billion of investment over a decade has suddenly got to be replaced.

That said, it was never the idea for the taxpayer to fund all of the necessary work. By providing some degree of subsidy, the government instead needs to attract the necessary private sector investment to take on what has to be done. By contributing some of the public purse to the bill, it at least ensures that areas that aren't commercially viable for upgrades won't get totally left out.

More to the point, it pays for the areas of the country that private companies have steadfastly refused to upgrade themselves, given the lack of business potential in them doing so. Businesses, understandably, only want to deploy their own resources where they can see some form of return.

The government has recently reiterated its desire to get the so-called broadband tax on the statute books by the time the next general election is called. That means it needs to make its way through Parliament in the next six months (accounting for the month where Parliament is dissolved so that all the MPs can go and fight for their seats).

Where that intention is left though, given the high probability that any legislation will be quashed fairly quickly under a new administration, remains to be seen. There is, of course, also the possibility that the Conservatives may find it harder to withdraw the tax that it may at first appear, once it's made its way to the statute books.

The scale of the funding challenge is enormous. Whichever party wins power at the 2010 election, a solution needs to be found. And not just a solution that will get Britain through the next few years. There are much longer term problems that have to be faced.

For let's not forget too that the upgrading of communications lines around the country isn't going to suddenly stop in 2012. Assuming, and it's a tough target, that the government does manage to get things in place so that everyone enjoys a 2Mbps connection, the fast-pace of broadband evolution will demand fairly quickly that further upgrades follow not long thereafter. And there's a big bill going to be associated with that too.

Already in major urban centres we're seeing that fibre optic lines are being laid at not insignificant cost, and right now, it's only in the interests of the likes of BT to do this where it will see a return on its investment.

Come 2015, for argument's sake, could we have the next stage of the dial-up to broadband divide, with built up areas of the UK on 50Mbps+ connections, while rural areas struggle to get even a tenth of that? Would Lord Carter of Barnes then be employed to do a follow up report? And would we be looking at further raids on our pay packets to fund it?

The simple truth is that whatever tax or levy the government puts in place isn't going to go away once the first stage of work is completed.

Private companies are as likely to be reluctant to pay for rural fibre optic upgrades as they are unwilling to invest in broadband lines to remote areas. As such, there's a clear funding gap here that 150 million a year may not be able to plug.

That's the fear of critics of the levy. They believe that bringing it in at a seemingly reasonable rate of 50 pence a month would be a Trojan horse by which increases could be applied in subsequent years, to top up the amount needed from public finances to pay for the ongoing upgrading projects.

Realistically, that might have to happen even to cover the upgrade to 2Mbps for everyone by 2012, yet alone factoring in still faster speeds beyond that. And if the levy were abandoned altogether? There's a genuine fear that the two-tier broadband access speed chasm that's already developing in the UK will only get deeper.

This whole issue is one of many that's likely to become a political hot potato in the months ahead, as technology steps into the middle of an election campaign where any issue is likely to be seized upon.

But it's far more than a political football. Like it or lump it, Lord Carter of Barnes' report at least had some suggestions. What's going to be needed next is a longer term strategy, and one that's going to by its very nature have a big bill attached. It's how that bill's going to be paid that's going to partly define where broadband UK heads next, and how fast it gets there...