In this review of Microsoft's latest operating system, we give our verdict on whether it’s fit for business. 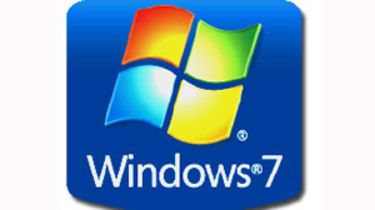 Windows 7 is a lot more insistent than Vista about backing up PCs, and the Action Center aims to make sure that you've got a backup strategy for your PCs. Backups can be held on external and secondary drives, or network shares. By default Windows 7 Backup will create a system image (which is regularly updated), and will also save files stored in local libraries. You can choose your own files, but the defaults work for most users. Unlike earlier versions of Windows, Windows 7 now lets you create your own recovery disk that will allow you to rebuild your PC from a backup system image.

If you're worried about data loss from laptops and USB sticks, then BitLocker is just what the doctor ordered. Much the same as the Vista implementation (and with the same pointless restriction to Enterprise and Ultimate), Windows 7's Bitlocker quickly encrypts laptop hard drives, preventing unauthorised access to data. Group policies control how keys are managed (including just how recovery keys are stored). Good whole disk encryption should be invisible to the end user, and there's very little performance hit with BitLocker. 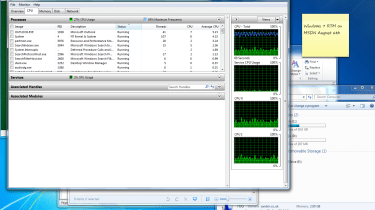 Windows 7 uses far fewer resources than Vista; background services take hardly any CPU time unless they're actually in use.

Windows 7 extends BitLocker beyond the PC with BitLocker To Go. This encrypts USB keys, something that's increasingly important as USB keys can now store as much data as a hard disk. Group policies can force BitLocker USB encryption on any key connected to a PC on your network, and reader software on encrypted drives enables users to read them on XP and Vista PCs.

Microsoft recently delivered the RC for Windows 7's XP Mode. If you're planning to roll out Windows 7 quickly, but are still unsure if applications are compatible with the new operating system, XP Mode is just the ticket. Based on Virtual PC (and only running in the Professional and Enterprise SKUs of Windows 7, along with the enthusiast-focused Ultimate), XP Mode gives you a virtual Windows XP machine, which integrates with the Windows 7 desktop. Applications running in XP Mode look like any other Windows 7 application the only difference is the Windows XP Luna window look-and-feel.

The new version of XP Mode installs quickly, with a quick guide that walks users through installing and using XP applications. Applications install in a full Windows XP desktop, and then appear in the XP Mode section of the Windows 7 start menu. Regularly used applications now appear in a Task Bar jump list, along with tools for using USB devices with XP Mode applications.