Windows 7: When to upgrade

When is the right time to upgrade to Windows 7 and when is it likely to happen across the industry? 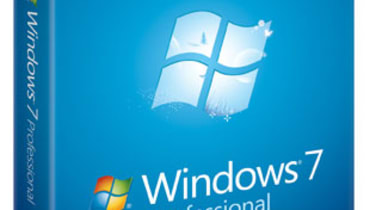 Now that Windows 7 has arrived, for both consumers and businesses alike, many are wondering when they should make the move to the new Microsoft operating system.

Advice from analysts isn't making the issue any clearer, either. Some say wait a year that's the standard advice for operating systems, to wait until the first service pack arrives.

Others say businesses should start getting ready to migrate, as part of their exisiting plans.

And some say Windows 7 is so polished and really just a service pack for Vista and offers so many benefits, that the move should happen now. So which is the answer?

To start, the one thing analysts do agree on is that Windows 7 is worth the move. Now is not the time to start skipping operating systems, Gartner said although it's hard to believe many firms will want to stick with ageing XP or keep troublesome Vista when there's something better on offer.

Gartner described Windows 7 as a "polishing" release don't make the joke, we're not saying it while Vista was more about "plumbing". And Gartner says "polishing releases should never be skipped."

The only question then, is when?

Gartner reckons it'll take a year to 18 months to deploy a new OS, and you'll want to be moving off XP by the end of 2012 latest. While Microsoft is offering patches until April 2014, third party software sellers may stop sooner.

"New releases of critical business software will require Windows 7 long before Microsoft support for Windows XP ends," said Steve Kleynhans, research vice president at Gartner. "Organisations that get all of their users off Windows XP by the end of 2012 will avoid significant potential problems."

So that means its time to start looking to migrate now. Gartner also noted there's no reason to wait until the first service pack ships before starting testing and deployment, especially for those firms which have skipped Vista.

Wait a bit, but do it soon

While businesses on XP may need new hardware, and therefore will have to work the upgrade into their refresh cycle, on Vista it's worth the upgrade, he said, explaining you need to look at your desktop estate and decide "where to break off upgrading versus getting new systems."

If you're already on Vista and have hardware that can support Windows 7, "go three to six months from now," he told IT PRO.

He noted that with previous OSes, "people neeed to wait unti service pack one to make sure it will work this works from day zero."

Consumer magazine have made the usual argument to wait a year before upgrading, not buying the argument that Windows 7 is stable enough to rush right in.

"Software bugs are par for the course for newly released programs, and operating systems are no exception," John Bogue, an expert with Which? Computing, told the Telegraph.

"Unless you like downloading patches and updates, we recommend waiting a year," he added.

Aside from security and stability, there's another good reason to not rush right in: costs.

Anyone running XP will likely need to upgrade hardware, and with the economy still struggling, many firms might be well advised to hold off on new capital investments.

It's hard to say, but the consensus seems to be that Windows 7 will start arriving on corporate computers next year.

A survey by Forrester Research showed that two-thirds of businesses will eventually move to Windows 7, with seven out of 10 skipping Vista. Over half the businesses surveyed said they would be running Windows 7 within a year.

"Because Windows 7 will largely be deployed in line with the natural PC refresh cycle of the business, companywide deployments will take a number of years for most organisations," Blah blah wrote in the report.

"Today, Windows XP is installed on four out of five new PCs," the report continued. "When we asked IT professionals to forecast their anticipated new PC deployments within 12 months from now, we discovered that Windows 7 will already be the primary OS deployed, with Windows Vista shrinking from 15 per cent to 10 per cent and Windows XP shrinking from 81 per cent to 34 per cent per cent."

Ovum analyst Jens Butler agreed that adoption would take off in 2010.

"Expect enterprise uptake and migration programmes to start to appear during the first two quarters of 2010, with greater acceleration once budgets become released on the back of the greenshoots of recovery and when XP support is phased out by Microsoft's channel partners," Butler said in a statement.

He added he saw "the Windows 7 launch as an opportunity to undertake some serious housekeeping, especially for organisations that have stuck with XP."