Business Secretary Peter Mandelson has said illegal file sharers will be cut off, using a similar system to that of France. 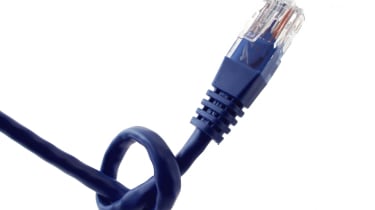 Speaking at a conference run by the Creativity and Business International Network (C&binet), business secretary Peter Mandelson said: "I was shocked to learn that only one in 20 music tracks in the UK is downloaded legally. We cannot sit back and do nothing."

"Technical measures will be a last resort and I have no expectation of mass suspensions resulting," Mandelson said.

Those illegally sharing files will first be sent an indefinite stream of warning letters, telling them to knock it off. If they don't, the owner of the content will be allowed to take legal action, with appeals going through Ofcom.

If those two steps aren't enough, the file sharer faces being disconnected by their ISP and being added to a "serious infringer list." However, disconnections won't happen until at least 2011.

Mandelson also called on industry to step up to help solve the issue of illegal file sharing by offering cheaper content that's easy enough to download. Mandelson has previously been accused of being too close to the music industry.

He also said that copyright laws needed to be sorted out, so people would be able to share content such as music with friends and family.

"Even MI5 disagree with him they are convinced we will see a rise of a Dark Net' of infringers," he wrote on the ORG blog. "Nobody at C&binet from an online music service, as opposed to an old media company, thought that P2P was a threat to their businesses."

"Yet Mandelson seems determined to push forward with his plans for three strikes' threatening to punish people extremely harshly, threatening their education, businesses and livelihoods for a relatively minor financial misdemeanour," he added. "Meanwhile, Mandelson said very little on licensing reform, the real block to the rise of legitimate online music services."

Click here to find out how copyright has fallen behind technology.