Window's XP's replacement is finally here. We delve deep into the new OS to see if it's worth upgrading? 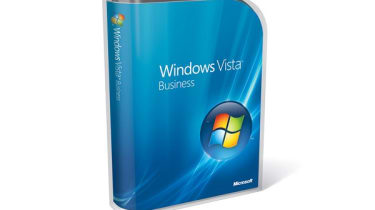 It's early days for judging Vista's raw performance figures - only once drivers and applications have bedded in can we get a true picture. Happily, though, we've seen no discernable difference to Windows XP at this stage. RAM is the crucial element here - 512MB is the absolute minimum you'll get away with.

Vista also boasts ReadyBoost. When you plug in a USB flash drive, Vista will use the inherent performance advantage of flash memory over hard disks to store small, frequently used system files. While it's no replacement for real system RAM, it's a cheap and convenient option that's easy to try for yourself - we've found it particularly effective for notebooks.

3D performance is more complicated. We've seen some games halve in speed, some others run marginally faster. Again, this is likely to be driver related, and it's something we'll keep a close eye on.

There's no denying that Windows Vista isn't the revolution we were originally promised. However, the changes to the interface compared to XP make it feel a lot more mature and capable, while the new navigation and search features significantly speed up everyday tasks.

It isn't all good: some powerful features are a little roughly implemented, such as relocating your User folders, whereas facilities such as the integrated backup have been trimmed back for the sake of ease of use. It's in these places that Vista can occasionally feel like a work in progress: you can see where it's going, but it isn't there yet.

What's more, anyone contemplating upgrading their system faces a dilemma. The price Microsoft is charging for the retail versions of Windows, for example, 128 exc VAT for an upgrade to Home Premium, is far too much to expect people to pay. You can get round this by purchasing an OEM version of Windows Vista, which costs around 60 exc VAT from sites such as www.scan.co.uk. The chief disadvantage of an OEM version is that this ties the copy to the particular computer you install it on (so you can't uninstall Vista and then load it onto a new computer) and it doesn't include any technical support from Microsoft.

Although there are many things to praise in Vista - the enhanced security, the much-improved search and file handling, plus the whole look-and-feel - there's nothing compelling enough to make anyone happy with their existing system to hurry to upgrade. Even people desperate to play DirectX 10 games will have to wait for new releases. Plus, Windows XP will be supported for a good few years yet - work on XP SP3 (expected in late 2007) is already under way.

Nevertheless, after our many man-hours of running Vista, we couldn't contemplate going back to XP - it seems clunky by comparison. And, for those buying a new PC, the decision is clear - unless Vista won't run an application you simply must have, there's no reason whatsoever to stick with XP.

It's by no means perfect, but the improved security, search and look-and-feel make Vista an obvious upgrade for anyone whose hardware will support it. But only if you can afford the high price.