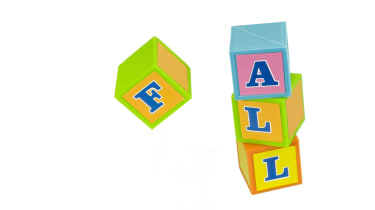 With operating systems, it's going to be even tougher, not least because just the cost, time and all-round investment in coming up with such a product particularly when aiming into a mainstream space throws up massive barriers to entry.

This then leads to the tangible problem: just where is the rival to Windows coming from? The obvious answer to the question is Google, which even as these words are being written is hard at work preparing Chrome OS. Chrome is the first operating system backed by a major name in the consumer space at least - since arguably Corel decided to attempt a high profile boxed copy of Linux on shop shelves.

But even Google, with its massive resources, isn't taking on Windows head to head. Its efforts are more concentrated on changing how people see the role of an operating system entirely. If anything, it's attacking from the side.

As such, Google Chrome OS isn't attempting to recreate Windows' feature set at all. Instead, Google is looking to put out a free-of-charge operating system that will load up in double quick time, and you'll pull in your applications and data via cloud computing. The problem there is that the world's broadband infrastructure may not be up to the job for some time yet, and it also assumes that people want to move away from a Windows-style model, and from localised storage. But that's a big leap of faith, and as such, there's a general feeling that if Google managed to snare even five per cent of the market, it would have pulled off one of its greatest achievements.

For despite all the negative press, and despite the general murmurings of discontent towards Windows, the heart of it is that few people have an appetite to change it. Linux is seen as the enthusiasts' choice, yet in the desktop market it still accounts for less than one per cent of overall use. In fact, the biggest act of anti-Microsoft rebellion, and admittedly one that does hurt the firm, has seen the vast majority of people refuse to upgrade or switch to Windows Vista. It's why Windows XP is the most used desktop operating system on the planet.

Arguably therefore, the only way that could possibly be foreseen that could knock Windows' dominance of the market if Microsoft somehow surrenders its position.