Tech companies using SSL have some serious work to do to fix a big hole that could leave internet users at risk. 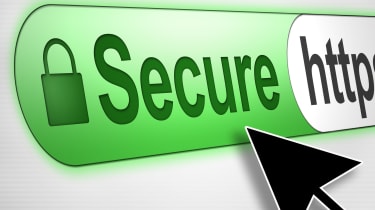 The authentication gap allows an attacker to perform a man-in-the-middle' attack, according to security researchers at PhoneFactor.

PhoneFactor claimed that most websites using SSL encryption were affected, including online banking and retail sites. Some mail and database servers were also vulnerable.

It also invalidated the SSL lock, which is used to verify whether website communications are secure.

Researchers Marsh Ray and Steve Dispensa are believed to have shown the flaw to a working group of affected vendors, which included Microsoft, Intel, Nokia, IBM, Cisco and Juniper.

In a statement, PhoneFactor said: "[We] volunteered to delay disclosure on the vulnerability until early 2010 to allow time for vendors to make the necessary patches available."

"However, an independent researcher discovered the vulnerability and posted it to Internet Engineering Task Force (IETF) mailing list on November 4th... News of the vulnerability quickly spread through the IT security community," it added.

PhoneFactor added that this was a protocol vulnerability rather than an implementation flaw, so the impact was far reaching.

"All SSL libraries will need to be patched, and most client and server applications will, at a minimum, need to include new copies of SSL libraries in their products," the firm said.

"Most users will eventually need to update any software that uses SSL."

Andrew Clarke, senior vice president for Lumension, said in a statement that the SSL flaw was likely to bring a large number of patches in the near term from vulnerable vendors.