The massive LHC experiment at CERN is set to kick off soon, and even the physicists aren't entirely sure what will happen when it does. 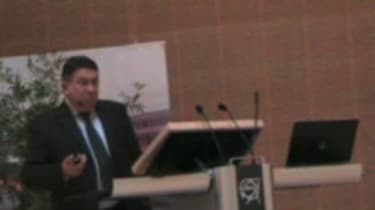 The Large Hadron Collider at CERN is set to be flicked back on after an error took down the particle smashing experiment over a year ago.

Speaking to journalists at an Intel event last week at the CERN labs near Geneva, research director Sergio Bertolucci explained that some results were expected from the LHC experiment - but it was impossible to know exactly what would be proved.

Theories such as extra dimensions could come into play he said, noting a tiny hole to a new dimension could open up - and something could be come out of it or be put into it, challenging accepted laws of physics.

He also praised science for being an international language of peace, saying CERN's scientists leave nationalism at the door. "[It] somehow defies any degree of fundamentalism," he said.