Does the second generation Storm help us forget any hard feelings about BlackBerry's first touchscreen foray? We review the Storm2 9520 to find out. 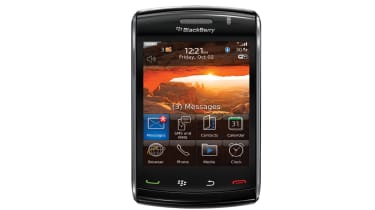 BlackBerry has always been viewed as something that the busy professional should have in their arsenal. After all, the ability to get email when out of the office is how most business users ensure they're not chained to their desk 24/7.

But the modern BlackBerry is about a lot more than just email and that's no more evident than in the latest generation of the BlackBerry Storm, the Storm2 (or 9520 as it's also known).

The first generation Storm was an innovation. It was parent company Research in Motion's (RIM's) first foray into the touch screen market. And it fared well, becoming incredibly popular and selling quickly gaining fans in both the business and consumer space alike.

Although, much like the first-generation iPhone, the first BlackBerry Storm wasn't perfect. But users accepted its shortcomings because of the rest of the benefits on offer.

The not small gulf between the large display and the outer casing of the handset was a major source of irritation, overshadowed only by the see-saw like way the whole screen depressed every time you typed. It was clunky and annoying.

Thankfully, the Storm2 isn't plagued by the same problems. It blends all the things we loved about its older sibling but doesn't suffer a hangover from any of impurities the original.

Modern business devices need to have both style and substance and most users aren't happy to wield a handset that's amazing inside but looks like an 80s throwback. Unsurprisingly, the Storm2 has the aesthetics front covered.

It looks very similar to its predecessor, which is a good move on RIM's part as people liked the original look of the Storm save for a few gripes. Vital statistics stand at 62.2x13.9x112.5mm (WDH) with a weight of 160g, meaning the handset is reassuringly solid but not too heavy and nestles comfortably in the hand.