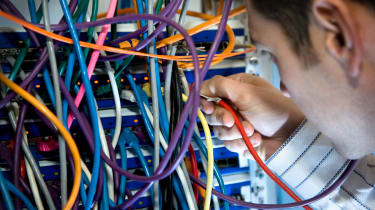 The IT world is full of dj vu moments. But none more so than today. The iPhone was finally made available legally on a network other than O2 as Orange officially signalled the arrival of Apple's iconic device.

Orange already boasts the iPhone in around 20-plus countries and now it can add the UK to the mix. We've all heard the hype and most of us have probably seen the tariffs on offer, but what else has Orange been doing to ensure all is well?

Many will remember the excitement that surrounded the original launch of the iPhone on O2 in the UK way back in 2007. And then the 3G version in 2008. Unfortunately, some of that excitement was quashed by an inability for people to connect their shiny new device to the network thanks to activation issues.

Months of build up and flames of excitement were put out quickly like a fireman dealing with a bunch of teenagers found with sparklers.

Almost a day has passed since Orange started selling the iPhone on its network and all seems well. "Orange UK had [sic] sold more than 30k iPhones, smashing what we believe is the previously published first day sales records for a phone in the UK!" Orange spokesman Conor Maples claimed earlier today on Twitter.

A fellow Orange spokesperson echoed Maples' excitement. "At the same time, Orange's first ever exclusive UK app Orange Wednesdays has gone to the top slot in the Entertainment Category, and hit second place in the free apps chart on the Apple App Store."

"The app combines the latest film reviews and trailers with up to date info on what's on, where films are showing, information on how to get there and the ability to redeem the 2-for-1 Orange Wednesdays cinema voucher on your Orange iPhone," the spokesperson added.

"Orange's 3G mobile network covers more people in the UK than any other, and is currently the focus of our recently launched multi-million pound advertising campaign, which from today features the iPhone, entitled You're Covered'."

So what's been going on behind the scenes to ensure all runs smoothly? At the end of last month, IT PRO was lucky enough to be invited to peek behind the big Orange curtain to find out 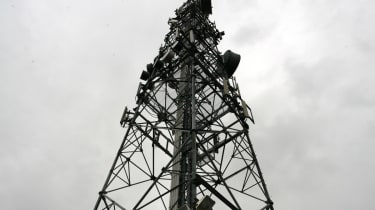 Orange has many base stations around the country to support its network, which boasts 93 per cent UK 3G coverage, according to its latest campaign.

The first thing Orange was keen to point out is that it's not really doing anything special to make the iPhone feel welcome in the UK. Blas you may think. But not so, for France Telecom, the company's parent, has been there, done that in many countries to date.

So, Orange has its parent company's experience to take advantage of here as well as the teething pains O2 and other operators have experienced. All well and good, but how do we know that will work out well for UK users?