The Home Secretary is able to stop the clock on Gary McKinnon's case, but he can't rule against the extradition treaty Britain has with the US. 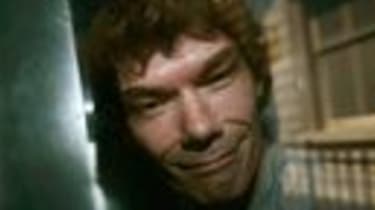 Home Secretary Alan Johnson has defended his role in the case of Gary McKinnon, stating that his hands are tied by the UK/US Extradition Treaty, which gives the US the right to demand the extradition of the hacker.

Speaking at a Home Affairs Committee meeting, Johnson revealed that he had no "discretion" when it came to opposing the extradition, which some claim is unfair.

This was because the Act doesn't require the US to have admissible evidence of the offence committed for McKinnon to be forcefully removed from the UK. This isn't true the other way round.

He said: "If anyone was being extradited from the UK, with their crime committed in the US, that's legal that's set out in the Act. I have to judge the conditions that apply."

However, Johnson said he "stopped the clock" on the appeal due to fresh medical evidence being given to him which the final' High Court judgement in July didn't hear.

"It says that the situation has deteriorated and Gary McKinnon's psychological state is much worse. It says that his propensity for suicide has become that much greater," the Home Secretary said.

"I felt given that this wasn't brought before the High Court, and it would be wrong not to see whether this breached Gary McKinnon's article three human rights."

Article three of the European Convention on Human Rights prohibits torture as well as inhuman or degrading treatment or punishment'.

McKinnon admits hacking into NASA and Pentagon computers, but claims he was not out to do any harm and was simply looking for evidence of aliens.

He has been now fighting for several years to avoid extradition, with his Asperger's being one of the factors in his defence.

Johnson was unsure about what would happen if the evidence did point to a breach in McKinnon's human rights.

"It's a very good question. I'm not looking at what happens next. I think it's then a matter for the prosecuting authorities to decide what happens," he said.