UK version of Bing to stay in beta until beginning of next year, according to rumours. 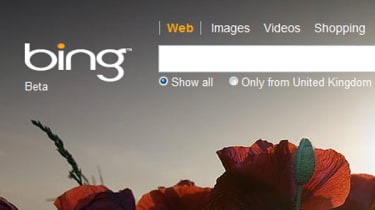 Microsoft's Bing search engine will remain in beta until the beginning of next year at the earliest, according to a reports.

Marketing magazine cited sources close to Microsoft as confirming the timescale of Bing's full release in the UK. Although Microsoft is now remaining tight-lipped on the issue.

Microsoft unveiled Bing to much fanfare in May 2009, replacing its poorly received Live Search, to take on Google.

In July, the full version of the service was released in the US, but in many territories around the world, Bing has remained in beta form. In the UK, there has been no marketing push since its initial launch, with Windows 7 very much taking centre stage in terms of TV advertising.

The delay makes sense, according to Paul Mead, managing director of VCCP Search.

"If you are up against a Goliath with an 85 per cent share and it's much more of a challenge than in the US, where Google only has a 60 per cent share - it makes sense to have a product where you get it right first," he said.

"For me the strategy makes sense as if you're not offering anything extra people will try it once and leave. They've got to work on the local part and if its good... they'll be in a strong position to get some market share."

IT PRO contacted Microsoft but a spokesman said that the company would not comment.

Yesterday, Microsoft announced an update to its Bing Maps service, and confirmed that this would be worldwide change.