Microsoft is determined to keep the pressure on the established virtualisation players and with Hyper-V R2 has added some crucial features. We see how it fares in this review. 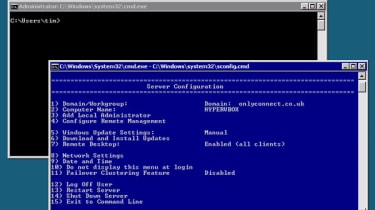 The R2 release of Hyper-V removes some of the limitations of the earlier release and introduces several important features. The biggest is host clustering and live migration. You can set up a cluster of up to 16 nodes, and have automatic failover of a VM (Virtual Machine) from one node to another in the event of a hardware failure. Another key feature is that virtual SCSI hard drives can now be added and removed without shutting down the VM.

Hyper-V supports two types of virtual hard drive. A dynamically expanding hard drive reports a large capacity to the guest operating system, but only occupies the space on the host that is actually used, whereas a fixed virtual drive occupies the same space as its capacity. Dynamic drives are more convenient, but in the first Hyper-V release performed more slowly than fixed drives. This has changed in R2 so that performance is nearly the same. 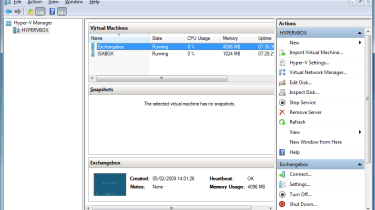 We installed Hyper-V Server 2008 R2 on several machines, ranging from a server with two quad-core processors to a low-end server with a single Xeon. Installation of Server Core tends to be a little more complex than the full version of Windows Server, partly because it is a minority choice and most support resources presume that you have access to the full GUI. Simple tasks like checking device manager become challenging. Microsoft has provided a command-line menu with scripts for some common tasks, such as joining the computer to a domain, configuring remote management - though see below - and setting up networking; but unless you already know Server Core you will still need to work out new techniques for familiar tasks.