Search giant Google is offering more storage for less in its cloud environment. 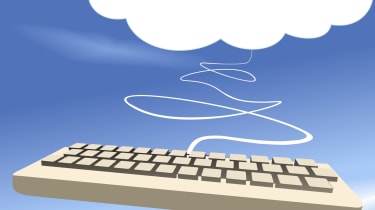 Google today announced plans to cut the price of its cloud storage.

The company is offering 20GB of storage for just $5 (3) a year apparently twice the storage for a quarter of its previous price which is enough to hold 10,000 pictures.

If you need more than that Google is releasing a range of plans up to a huge 16TB, enough for eight million photos, but obviously the prices rises accordingly 1TB will cost $256 for a year.

Google confirmed the new deals via a blog post from Elvin Lee, a software engineer at the firm.

"People today have more personal data online than ever before. More and more people are starting to move the bulk of their data off the desktop and into servers "in the cloud," where it's accessible from any computer or mobile device and easily shareable with friends and family," he said.

"While the cost of hard drive storage has continued to drop in these two years, we've also been working hard to improve our infrastructure to reduce your costs even further. Today we're dramatically lowering our prices to make extra storage even more affordable."

Users who already pay for storage through Google will be automatically upgraded and those who want to take on one of the new plans will only activate their extra storage once they go over the limit of the free provisions.

All the plans and how to buy them can be seen here.