The government has said those arrested but not charged will still stay on the DNA database for six years. 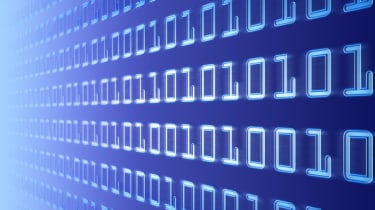 DNA information will stay in a government database for six years, even if you haven't been charged with any crime, according to the Home Office.

Home Secretary Alan Johnson announced the DNA database plans yesterday, following a public consultation that saw 500 responses. The government has decided to remove DNA profiles of adults and 16 to 17 year olds who have been arrested but not charged with a crime but only after six years.

Children under that age in the same situation arrested but not charged will have their DNA removed after three years. Those juveniles who are convicted of a crime will have their data held for five years, unless the crime is especially serious, at which point their information will be held indefinitely.

The new plans will also give police the power to take a DNA sample of someone convicted overseas, or anyone convicted before the database was created in 1995. Previously, police could ask for such data, but the criminal would have to agree to hand a sample over - even if they are no longer in prison. Now it will no longer be voluntary, a Home Office spokesman explained.

As before, the government will still be able to keep DNA profiles of all convicted adult criminals, and those accused of terrorism, indefinitely.

The government said the UK was a "world leader" in developing its DNA database, with it matching data from 410,589 cases between 1998 and September of this year. It holds profiles on some six million people - nearly one in 10 of the UK population.

"It is vital that we maintain the capacity of the DNA database to provide as many detections as possible by making sure the right people are on it. But we must balance this with the consideration of when other people should come off," Johnson said.

"I believe the proposals I am announcing today represent the most proportionate approach to DNA retention, as well as the most effective way of ensuring the database continues to help us tackle crime," he added.

Earlier this year, the Equality and Human Rights Commission claimed that even with the changes, the database is still illegal under EU law.