In the future employees could be 'wearing' devices that display the information they need while they work. 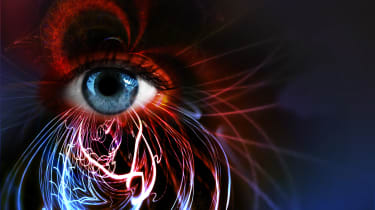 Enterprise IT vendor SAP has revealed how it is testing augmented reality' in the workplace, meaning that employees could wear' devices to help them with their tasks.

Augmented reality is where the virtual is blurred with real-world environments. More consumer-focused vendors have already shown off examples of this, such as with Nokia's Point & Find where users access information on the internet by pointing a camera phone at a physical object.

SAP is testing its own version of the technology at the automobile company Daimler, with employees using headsets to make their jobs easier.

It has focused on pickers' who have to choose the right part for an engine. They would usually need to refer to documents as they sought out the right parts, as picking the wrong part from a wrong box means extra work in building the engine.

However, with an augmented reality headset all the required information is available through an attached display. In front of their eyes, the picker can see graphics that show the parts needed, as well as where they can find them.

Giuseppe Salvaggio, picker at Daimler, was one of the first people testing out one of these devices.

Salvaggio believed that the headsets could stand the rigours of a tough industrial environment. "Your hands are free. You have a better grip on the bigger parts, and all in all you can work better," he said.

"You don't have to keep your concentration up all the time and you can rely on it. Perfect," he said.

The technology is in very early stages, with Salvaggio's use of the headset being called a "dry run". However, in a couple of months there will be a large-scale study with other pickers.

SAP said there was a still a lot of work needed with this type of wearable IT, and researchers were trying to make the headsets more suitable for an industrial environment.

The software delivery also needed to be integrated into to the headset, and there was work on trying to make everything smaller so the employee using it was not weighed down with it - perhaps by attaching bits of it to a belt.