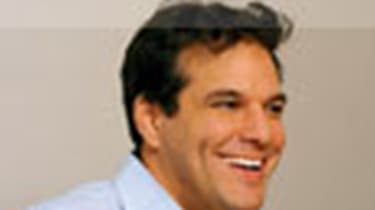 What's your role with PROfounders Capital? And what are you looking to invest in given the current economic backdrop. Are you being more fussy?

We're finding our feet. There are two people that run it, I don't run it but I co-founded it. Since we launched we've had over 550 deals have come our way and have met with almost 200 companies.

They're now starting to get beyond that and refine and say "Here are the things we're really interested in." The sweet spot is half a million to 2.5 million, early stage, ideally have a product launched but a little bit of revenue is fine too. That is the stage where it's hardest for people to raise money because VCs aren't doing those rounds, they're doing the bigger rounds.

It's an exciting time in the UK. There's going to be lots more disruption to come in the sector but I do believe that the runway to profitability will longer because those big, web-based ad deals are harder to come by now. And we see that too at mydeco.com. So we're still in touch with the start-up side of things.

How do you split your time between all those different interests?

It's tricky. I'd like to clone myself, that would be good. I love meeting entrepreneurs anyway so most of what I tend to do doesn't feel like work.

I'll try and meet with many companies for the second round or if it's something that I have a special sector relevance to. I get a lot of deals that come direct to me so fortunately now I can pass those on and they'll get passed back when validated and filtered.