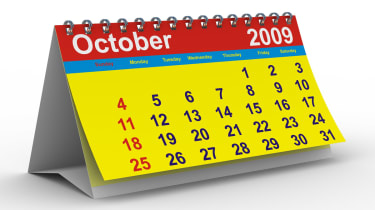 Back in March, so before the US launch on 6 June, both mobile giants were keeping schtum. Vodafone said at the time "Vodafone is always talking to leading brands about new handsets. The Palm Pre is an interesting proposition but that is all we are willing to say at this time."

O2 just wouldn't say anything other than that no plans had been made for a UK release at that time.

Back in May, as the US launch drew nearer, Palm got even more excited about its imminent arrival, while UK users were still none the wiser about when the Pre was coming or which operator would be wielding it.

Sprint continued to rub it in. "The argument that you need one phone for work and another phone for play, or that you have to make compromises between business and lifestyle productivity, is over," claimed its president and chief executive Dan Hesse, in a statement. "With Pre, compromises of the past are history."

Then, finally, in July we learned that O2 would be selling the Palm Pre in the UK. But the launch date was still far from nailed down and there were question marks over whether the mobile player could sell two seemingly competing devices without conflict.

"A coup for Telefonica or a coup de grace for Apple? Telefonica is no doubt pleased to have secured the next-great-smart-phone-after-the-iPhone. However, we can't help feeling that it may have scored itself something of an own-goal," claimed Tony Cripps, a principal analyst at Ovum, in a comment note.

We didn't know back then that O2 was soon to lose its exclusive hold on the iPhone in the UK, or that Vodafone its rumoured rival for the Pre's affections would start selling Apple's iconic device itself in early 2010.

"For one thing, the two devices will be competing for the same customers. For another, the iPhone is more than a mere poster child for applications on phones and handset integration with the Web: it's the benchmark," Cripps added.