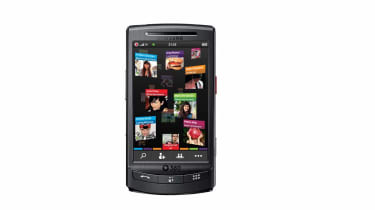 Generally speaking, the phone performs all the functions one would expect of a multimedia smartphone with a fully functional five mega pixel camera with auto focus and flash that pumps out some pretty good quality results.

Standard internet display is on offer as opposed to mobile web thanks to Opera 9.6, which in our tests rendered IT PRO superbly. It supports Flash too, which is a boon for business users and consumers alike, given some other handsets' shortcomings in this area. We're also still mightily impressed with the way in which the H1 handles web links, pulling out selected URLs into a box so you can be sure you're clicking on the one you want rather than the one above or below.

The H1 also features GPS Sat nav, which works as well as we would expect on a phone and also has the ability to show places of interest and your friends' locations. This brings us to the Samsung H1's USP. All of the other "standard" apps working as expected are not why people are going to buy the H1, instead it's the social connectivity the handset offers through Vodafone's new 360 service.

360 (degrees), as the name suggests, gives the handset all round, multi-application social networking functionality. Once the user has a profile, 360 can also be logged onto on the internet on vodafone360.com. Other handsets do have cross-app social networking ability, but the H1's layout for this function is particularly well designed and executed.