Verisign anticipates an industry-wide effort to finally rid the net of the Kaminsky flaw. 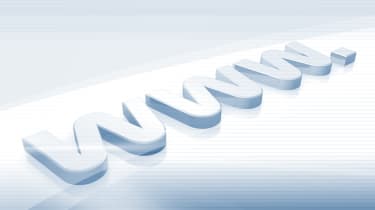 DNSSEC, the long-term solution to the Kaminsky vulnerability, should be completed for .com and .net domains by the first quarter of 2011.

So claims internet infrastructure company Verisign, which said it had made rolling out DNSSEC a "strategic priority," working with ICANN and business communities in a "collaborative industry-wide effort".

The Kaminsky vulnerability made headlines in 2008 for affecting the internet Domain Name System (DNS), which changes web addresses to IP addresses.

The flaw meant that users could be sent to malicious sites even if they typed in legitimate addresses, and forced a multi-vendor effort to fix the problem.

DNSSEC adds an extra layer of cryptography, which enables organisations to digitally sign their DNS data.

"This means that name servers that support DNSSEC can cryptographically authenticate and check the integrity of that data," said Cricket Liu, vice president of architecture at Infoblox.

"That makes things like the Kaminsky vulnerability, which is a cache poisoning attack, impossible to carry out."

Liu said that, up until recently, it had been difficult to put DNSSEC into place as it was "complex".

"Tools that you would use to digitally sign the DNS data have been fairly rudimentary," he said.

According to Infoblox's annual DNS survey, released on the same day as Verisign's announcement, the number of DNSSEC signed zones had increased by approximately 300 per cent.

"We'd really like to see the adoption continue to increase," he added.