The latest ProLiant 2U rack server showcases the Six-Core AMD Opteron processors teamed up with HP’s legendary storage potential. Is it enough to make you swap from Intel? We review the HP ProLiant DL385 G6 to find out. 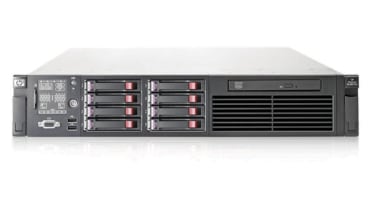 Despite all the hype surrounding AMD's new Six-Core Opteron, its launch in June this year was a relatively quiet affair. This was partly due, no doubt, to Intel's Series 5500 Xeons stealing all the limelight but also because most server manufacturers haven't made a song and dance about their AMD platforms.

In this exclusive review we take a closer look at HP's latest sixth generation ProLiant DL365, which supports the Six-Core AMD Opteron processor. Naturally, virtualisation is a primary focus but HP is also targeting other markets for this 2U rack server including general purpose SMB duties plus data centre and storage services. 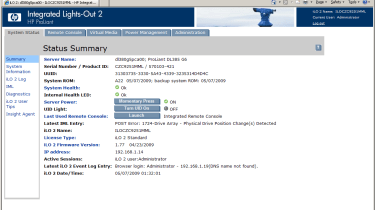 The review server came equipped with a single 2.4GHz Opteron 2431 and AMD now offers six other 2400 models ranging in speeds from 1.8GHz up to 2.8GHz. None of Intel's triplet of six-core 7400 Dunnington' processors support dual-socket servers and are looking tired now as they are the last of the Penryn generation.

Offered as a drop-in upgrade to the quad-core Opteron, the new processors have all six cores fully integrated on-die with AMD's Direct Connect architecture. Each core has its own L1 and L2 caches and all share a common L3 cache. Power is a big priority and AMD claims the new processors not only have the same power/thermal envelope as the quad-core Opterons but offer up to a 50 per cent performance improvement. 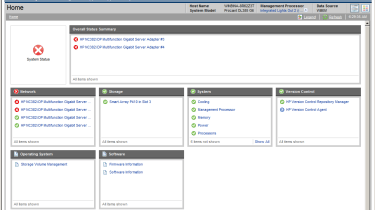 They also introduce AMD's HT Assist technology, which keeps a record of cached data and uses this to direct a processor to the relevant cache in another processor if it isn't stored locally. The HyperTransport 3.0 gets a bandwidth boost to 4.8GT/sec and power management is improved with a power capping feature.

One other notable feature of these processors is they only support DDR2 memory. AMD argues from the power perspective saying that slower, cooler DDR2 is better that faster, hotter DDR3. Maybe it is, but, AMD is still expected to support DDR3 early next year with its 12-core Magny-Cours and six-core Lisbon Opterons.