T-Mobile employees have apparently been selling off customer data for cash. 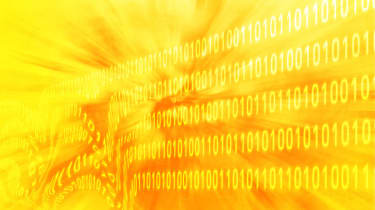 The Information Commissioner's Office (ICO) has launched an investigation after T-Mobile confirmed that some of its employees had been illegally selling off customer data.

Describing it as an example of why the UK needs prison sentences to enforce data laws, information commissioner Christopher Graham said his investigators have been looking into reports that employees at the mobile phone company have sold on data about people's contracts - including expiry dates to competitors.

Several so-called brokers are involved, and "substantial amounts of money have changed hands," the ICO said in a statement.

It is looking to prosecute, and has already obtained search warrants. The mobile operator apparently told the ICO that thousands of people may be affected.

Graham said: "Many people will have wondered why and how they are being contacted by someone they do not know just before their existing phone contract is about to expire."

"We are considering the evidence with a view to prosecuting those responsible and I am keen to go much further and close down the entire unlawful industry in personal data," he said.

Earlier today, an ICO spokeswoman said the body had no immediate plans to disclose which firm is involved, as investigators are "preparing a prosecution case."

But after O2, Orange, 3 and Vodafone denied they were involved, T-Mobile confirmed that it was at the centre of the investigation.

In a statement, a T-Mobile spokesperson said that it had informed the ICO when it realised contract data was being passed on.

"Working together, we identified the source of the breach which led to the ICO conducting an extensive investigation which we believe we will lead to a prosecution," the spokesperson said. "While it is deeply regrettable that customer information has been misappropriated in this way, we have proactively supported the ICO to help stamp out what is a problem for the whole industry."

"We had been asked before today to keep all information on this case strictly confidential so as to avoid prejudice to the investigation and prosecution," the spokesperson added, saying the company was surprised to see the story break today.

The ICO's Graham cited the case as an example of why the government must allow prison sentences for data theft, saying such deterrents were needed to stop such illegal trade in data.

"[W]e will only be able to do this if blaggers and others who trade in personal data face the threat of a prison sentence," he said. "The threat of jail, not fines, will prove a stronger deterrent."

"More and more personal information is being collected and held by government, public authorities and businesses. In the future, as new systems are developed and there is more and more interconnection of these systems, the risks of unlawful obtaining and disclosure become even greater," he said.

"If public trust and confidence in the proper handling of personal information, whether by government or by others, is to be maintained effective sanctions are essential," he added. "This will not only underline the serious nature of the offence but will ensure that those convicted carry a meaningful criminal record."