Parallels has once again updated its virtualisation software for the Mac. Is it worth upgrading to? We review it to find out. 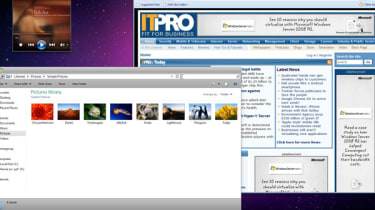 Parallels Desktop 5 is the latest version of the virtualisation program that enables you to run other operating systems and their applications on a Mac alongside the MacOS. Version 5 includes several refinements that are designed to make it easier to run Windows and Windows applications on your Mac, while providing a more seamless experience.

Version 4 included only rudimentary support for Windows 7, but this has been greatly improved upon in version 5. Simple tasks that worked only with older versions of Windows, or only worked intermittently in version 4, such as adding a printer, now work flawlessly.

It's also now possible to use Parallels' unattended install utility to install Windows 7, which wasn't possible in version 4. This feature isn't as beneficial as it was with Windows XP and Vista, since 7's installer requires significantly less user interaction and time. Sadly though, certain tasks, such as setting up a VPN, are still as tricky to perform as before. 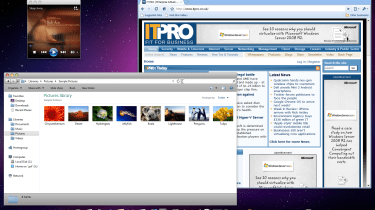 Copying and pasting between Windows and MacOS was previously limited to unformatted text, but both styled text and images can now be copied and pasted. Also, there's finally proper support for multiple monitors, so Windows programs can be used on a secondary monitor previous versions limited Windows applications to your primary monitor.

MacBook users will appreciate the ability to use multi-touch touchpad gestures, such as scrolling, in Windows applications, although others, such as swiping to go back and forth between web pages, only work in certain programs such as Internet Explorer. It's also possible to use the Apple remote to control programs such as Windows Media Player and Media Center. Unfortunately, Parallels can't block Mac applications, such as iTunes and Front Row, from recognising the remote at the same time as Windows applications limiting the usefulness of this feature.