With Windows safely out of the door, Microsoft now turns its attention to one of its biggest products of 2010. 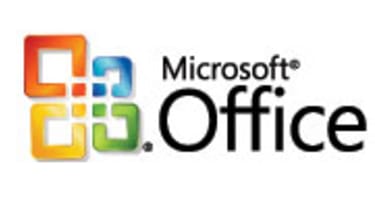 Microsoft, when it looks back on 2009, will almost certainly do so with some satisfaction.

If the year before had been about the departure of Bill Gates, the failed attempt to acquire Yahoo and the ongoing challenges with the Windows Vista operating system, 2009 has had far more pluses to it.

Bing, for instance, has been a moderate success, giving Microsoft a little bit of extra share in the web search market - for far less money than it would have cost to buy Yahoo. It's also seen off the challenge of Linux in the netbook sector, watched as the Xbox 360 solidified its place in the console market and in many ways cemented its overall business.

But it's not all been perfect. Revenues are sliding, and the firm has shed jobs this year, but it's still in far healthier shape than many of its rivals.

And then there's Windows 7. Contrasted with the unveiling of Vista, Windows 7 has been a triumph, with enthusiasm for the product unparalleled in recent times for a Microsoft operating system.

Now that the hype is dying down, the hard job of selling it to customers steadfastly clinging onto Windows XP continues, but Microsoft is in a more positive position with its OS than it has been for a long time.

Next year brings with it a fresh challenge, and that's to reinvigorate the Office business. Now released in a limited beta, there's plenty riding on Microsoft Office 2010.

This is the release, after all, where the firm has to address the growing threat posed by the number of challengers to Microsoft's dominance of the market. Because far more than Windows is, Office is vulnerable, and has some very potent competitors snapping at its heels.

The two leading the chase are OpenOffice.org and Google. The former has made real inroads over the past few years, and while there's still a reluctance on behalf of some businesses to adopt it, a fully-functional free office suite has obvious appeal for firms looking to make economies in tough times.

While Microsoft's pricing has been competitive, in some cases it's still edging three figures a seat for an Office licence. And when a product such as OpenOffice or one of its support-backed alternatives can offer the same functionality at a far reduced cost, that's very tempting.

Then there's cloud computing, something that Google is gearing up for a full-on assault on in 2010. Pretty much the whole basis of Google pushing its Chrome OS model is to switch users to a cloud computing way of working, and Google Docs is primed and ready to accept for when it arrives.

Google already offers a corporate, service-backed version of its Docs word processing and spreadsheet tools - and they're the very beginnings of Google's plans in this area - and while the common consensus is that they're inferior to Microsoft's Word and Excel, there's also an acceptance that for most people, they'll do.

And that's perhaps the biggest mountain that Microsoft faces with Office.

For the vast majority of businesses, they require little more from Office than a solid word processing package and some basic spreadsheet tools. And for the firms that fall into that category, Office 2000 will tick those boxes perfectly well.

It's an oft-quoted statistic that 80 per cent of Office users take advantage of 20 per cent of its features, and that, in many cases, makes any new feature that Microsoft can introduce to its Office product an even tougher sell.

Many people see an office suite as a tool to do a job, and little more than that. If it's doing that job competently enough, then there's little incentive to fork out on an upgrade programme.

That's not to say that Office 2010 doesn't have some tangible advantages over it predecessors.

The Office market is, though, Microsoft's to lose. Forrester estimates suggests that around 80 per cent of enterprise customers have one version or another of Microsoft Office running on their systems, and that level of usage does present a very big barrier to change.

But the figure to worry about, at least from a Microsoft standpoint, is the eight per cent using the assorted alternatives out there. It's a fair bet that that number will be heading north throughout 2010, no matter how strong the release of Office 2010 turns out to be.

Along with Windows, Office is the product that Microsoft relies heavily on for much of its operating income, and the challenge it faces is parallel to that it's fighting in the operating system market: persuading people they need an upgrade. The fact that around 40 per cent of Office users are on the 2007 edition, after all, tells its own story.

But Microsoft has been trying to get people to upgrade. The ribbon interface that Office 2007 shepherded in wasn't met with universal liking, although many have plenty of nice things to say about it.

But it showed Microsoft stuck between boldly offering new features, and keeping existing users in a comfortable position to make an upgrade easier.

Office 2010 faces a similar challenge, although its collaborative features are already looking impressive. But will they fall into the 80 per cent of unused features? That's hard to say, but you can't rule the possibility out.

However, there's also the small matter of Microsoft Web Apps, that sees the firm tackling cloud computing head on, and these too are heading to beta before the year is out.

It's often assumed, ultimately, that Office is somehow less stitched into the fabric of enterprise users than Windows. In reality, that's not the case.

Granted, it may be easier to change office suite than operating system, yet the core problem is that Office file formats are so entwined in the vast majority of businesses that moving away from Office is a major operation in itself.

And stretched IT departments already have plenty on their plate without making their lives unnecessarily difficult for themselves.

Of course, that same argument applies to some extent to upgrades from previous iterations of Office, and thus Microsoft is set to face a sizeable challenge to convince enterprise clients that it's worth their time and expense.

If, however, it can simply cement its market share, then in the current climate, and with one eye on the erosion of Internet Explorer's position, Microsoft is likely to be more than happy. 2010 is certainly going to be an interesting year...