The bill is set to be unveiled in more detail tomorrow, but here are the basics on the file sharing plans and more. 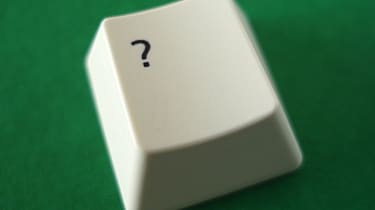 The government has unveiled the Digital Economy Bill to bring in new laws for file sharing and more.

Borne out of the Digital Britain report earlier this year, the bill was formally introduced in the Queen's speech with the line: "My government will introduce a bill to ensure communications infrastructure that is fit for the digital age, supports future economic growth, delivers competitive communications and enhances public service broadcasting."

Captivating. But what does all that actually mean?

The Digital Economy Bill brings together some rather disparate bits and pieces of law to manage new technology.

It was originally announced over the summer, but has been consulted on and tweaked since then. It was introduced in the Queen's speech, so it means the current government will introduce it to parliament to consider.

What new laws does it cover?

It will also hand new powers and duties to Ofcom, lay out the framework for switching to digital radio, look to modernise spectrum for mobile broadband use, and tweak how Channel 4 is run.

What's the deal with the file sharing rules?

The bill would introduce disconnection for the worst illegal file sharers - but they wouldn't have to be proven so in court first.

According to the Open Rights Group, the bill might not even be legal. "We believe these laws will be illegal under European law. The new Amendment 138 appears to guarantee a prior legal process and hearing before disconnection occurs where our government is proposing an appeal mechanism, for those who choose to take it up," director Jim Killock said in a blog post.

"Evidence cannot show who may have infringed copyright, only what connection was used. And the punishment could have an enormous range of effects, from being disruptive to removing someone's ability to earn a living," he added. "For both these reasons, disconnection should only ever be imposed as the result of a court hearing."

ISPs have come out against it too, but many rights holders quite like it.

What about all the broadband plans they've been talking about?

This bill grew out of the Digital Britain plans, but it doesn't include anything on getting everyone's broadband up to 2Mbps - the main goal of that document.

While the government said more details on broadband bits of hte bill would soon be unveiled, the 2Mbps promise won't be there. "It does not need legislation," a spokeswoman for the Department for Business, Innovation and Skills told the BBC.

The bill also doesn't include the so-called broadband tax, which would see every connection charged an extra 50 pence to help pay for everything. It must be introduced in the Finance Bill next year.

Will the bill get passed?

It's hard to say. There's a big election looming, limiting how much time Labour has to push this through.

Aside from the file sharing bit, none of it is particularly controversial - one complaint competing politicians have made, in fact, is that it doesn't go far enough.

If you don't want the file sharing aspect to become law, you could always vote for the Pirate Party in the next election, and hope everyone else does too.