The Chrome OS code will be made available to developers, but it won't be showing up on devices for a year. 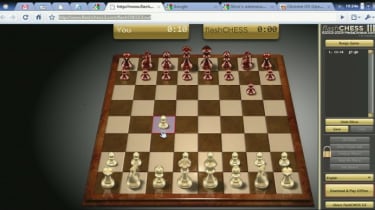 Google has unveiled its Chrome operating system, making it available to the open source development community.

However, end users won't be able to download the OS to run on any old machine, as it will only be shipped on specifically designed devices, which should hit shelves by the end of next year. Click here or on Gallery above for screenshots.

On the browser side, Google also promised the Chrome browser would be made available on Mac and Linux by the end of this year, with the Extensions add-on system showing up by then, too.

Sundar Pichai, vice president of product management at Google, said the OS would boot as fast as turning on a TV, and run even faster than the Chrome browser on Windows.

All of the applications will be web apps, nothing will be installed locally. "In Chrome OS, every application is a web application. There are no conventional desktop applications," Pichai said.

On top of that, all data would be held in the cloud, with any personal settings synced automatically. As all data is automatically synced to the cloud, typing in the notepad instantly syncs with Google Docs, for example.

The user interface will essentially be very similar to the Chrome browser. Applications will run in the browser window, with tabs along the top. There will also be a window where users can pin apps for future use. 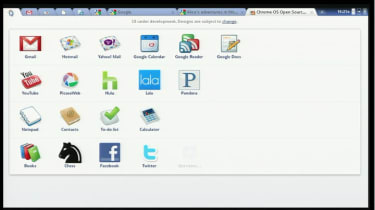 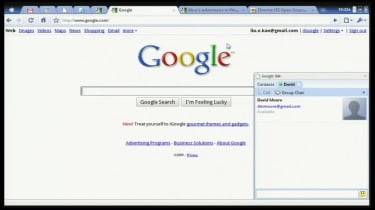 The team demoed other apps, including an e-book reader, flash game and music player. Anything that's a web app will run, Pichai said - including Microsoft's new Office Web Apps.

Opening an Excel file, he said: "It turns out Microsoft have launched a killer app for Chrome OS." 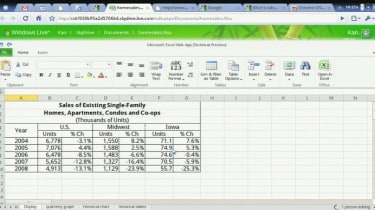 Chrome OS also allows multiple instances to run at the same time, which can be flipped through.

Pichai noted that some applications would be able to work in offline mode, in case connectivity wasn't available. Asked about the security and reliability of the cloud - especially after GMail has tripped up a few times this year - Pichai said people are already dependent on connectivity. "Our point here is simple. If the cloud is down, it affects every computer you're on."

One concern many had with Google was the development of drivers. Pichai said periphferals like keyboards and mice would all work, with the firm taking an "innovative approach" to handling printing.

The Chrome OS will only be available on specially designed devices, which will be unveiled in the middle of next year and hit shelves before next Christmas.

Those devices will essentially be netbooks, but with larger keyboards, proper trackpads, and screens with better resolution than what's currently found on netbooks. "Netbooks are very very popular, but there's some pretty serious usabilty issues with the netbooks out there," Pichai said.

The devices will only have SSD, with traditional drives not allowed. At the moment, the system is running on x86, but Google is looking to make it work with ARM by launch.

Pichai wouldn't discuss pricing - it's a bit early for that - but said the range would be what people are "used to" today.

Longer term, the OS could move to laptops and desktops, but Pinchai said the focus for 2010 was developing netbook devices.