The DEXT is Motorola's first foray into Android territory. Does it work? We review the handset to find out. 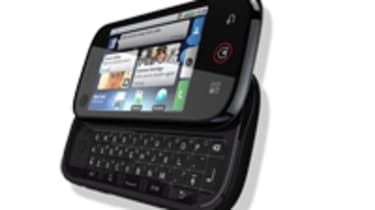 When we first laid eyes on the Motorola DEXT a few months ago we were pretty impressed. As the company's first foray into Android territory, things could go either way, but we were pleased to report back then that the debut was a valiant attempt.

Having lived with the device for longer and been able to test out features and functionality in more depth, we're happy to report that our view still holds true.

Aesthetically, we like the device's form factor. Yes, it is a little on the bulky side (at 163g) thanks to its full QWERTY keyboard and, yes, it will require larger than average pockets due to its stature (58x15.6x114mm WDH), but it's still a looker. Aside from the reverse Braille-like indents on the back that is, which still puzzle us.

Underneath the display, you'll find just three hard keys for the menu, home and to go back. They do look a little like an after thought drawn on in poster paint, but we'll let that go as despite being highly criticised we're quite fond of the DEXT's design.

The slide-out keyboard, which nestles underneath the 3.1in capacitive touch screen, is pleasant to use. Some have been turned off by the keys suggesting they're too springy or cramped, but we didn't find any such problems and think anyone with average sized digits would find it a handy aid for texting and emailing at speed on the move.

As in our first look, in our opinion, the DEXT's keys are nicely spaced and contoured with the numeric aspect of things on the subs bench to save space that's where the ALT key comes in. There's also a mouse-like directional pad to the left to help with navigation, but you can't use your thumb to scroll round its circumference to direct the cursor, as it won't work. We found that out the hard way.

For those who don't like the hard keyboard, there's always the on screen, virtual alternative that is pleasant enough to use.