We could soon be seeing Tesco banks on the high street, and a new deal with a financial IT provider is supplying the foundation. 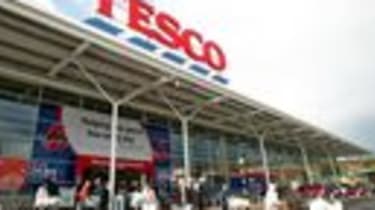 Tesco is set to move to a new banking IT platform, which takes the retail giant closer to its target of providing current accounts for customers by 2011.

Although Tesco Bank already offers a number of financial services, it hasn't yet made the move to offer current accounts and become a full-service retail bank'.

This would mean that Tesco would offer competition to the existing high street banks such as Barclays and Natwest.

To help in this goal, Tesco Bank selected Fiserv, an IT service provider for the financial industry, to provide a banking platform.

Andrew Steadman, director of product management at Fiserv, said that the deal will provide Tesco with the foundation platform to take its bank in the direction it wants to go.

"One of the key areas for Tesco, if you listen to what it's talking about doing with the bank, is the area of innovation that we can bring to them," he said.

This means providing Tesco with a core-processing platform that Steadman said was the foundation of any bank, which has the capability to scale and to support a growing business.

"We have a lot of areas where we provide technology to a financial institution," Steadman said.

A Tesco Bank spokesperson said it was too early to say what form a Tesco retail bank would take, but it currently has a small trial of six branches in the UK that has received positive feedback.

Of the branches, he said: "You can tell you are entering a Tesco bank by the look and feel of them. We're just testing out what customers think of them."

The spokesperson said that Tesco had been talking about expanding into retail banking for a about a year and a half, and has already been serving customers in personal finance for 12 years.