Has open source become a victim of its own success? 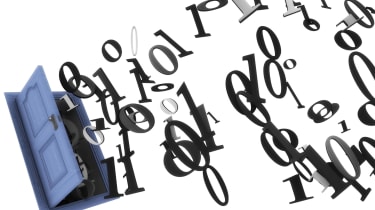 Simon Phipps of Sun Microsystems recently proposed that the Open Source Initiative (OSI) formalise a scorecard "which articulates a holistic vision of software freedom against which businesses can be benchmarked," to determine whether a company is justified in describing itself as open source.

The logic for such a proposal is that "open source" has become a victim of its own success. As Phipps observes "...having businesses identify 'open source' purely on the basis of one 'input' - using an OSI-approved licence - is no longer adequate, because the success of the open source approach has led so many different companies to want to exploit the name."

The Free Software movement emerged from Richard Stallman's project to create a a UNIX-like free operating system in September 1983.

'Open Source' emerged much later, in 1998, after Linux and free software had begun to amass a substantial following among users and developers and had made significant inroads into the computer industry.

Some saw 'open source' as a radical departure from the objectives of free software, but many saw it as a rebranding which made it easier to sell free software to a business audience, shorn of the political trimmings that gave the free software movment its edginess.

The Open Source Definition took its substance from the Debian Free Software Guidelines.

"For the free software movement, free software is an ethical imperative, because only free software respects the users' freedom. By contrast, the philosophy of open source considers issues in terms of how to make software 'better'," which for Stallman, is an incidental by-product and a side issue.

"It's not about money", Stallman has said, "it's about freedom. If you think it's about money you've missed the point. I want to use a computer in freedom, to cooperate, to not be restricted or prohibited from sharing. The GNU/Linux system is catching on somewhat more now."

He continued: "The system is becoming popular for practical reasons. It's a good system. The danger is people will like it because it's practical and it will become popular without anyone having the vaguest idea of the ideals behind it, which would be an ironic way of failing."

Obviously, this is a view that doesn't cut much ice with many business people, but has helped to define what is meant by both open source and free software to its primary practitioners - the developers who have chosen to contribute their code.

Whether a project defines itself as 'open source' or as 'free software' is largely political. Developers on free and open source projects may or may not care about the ins and outs of which licence is used or the issues that surround that choice, but are likely to care that the code remains free for others to use, improve or re-use.

In the real world, there is often very little difference and many developers use the terms interchangeably, but the definitions matter - which is why the Free Software Foundation has invested so much effort in clarifying the definition of "Free Software".

What is meant by "Open Source" is less clear, although it is apparent that open source has become a successful model for promoting software and an increasing number of parties want a piece of the action - lip service is paid to the concept of "open source" although the reasons why it works are sometimes forgotten.

Software development companies choose to be "open source" because it brings advantages, existing software libraries and tools, economies of scale, reduced costs, collaborative potential and input from independent developers, but most of these advantages are predicated on the trust and good will of the developers.

A company that sees open source as the fast route to quick riches still has to take its developers with it.

The popularity of Open Source as a business model is founded on the success of GNU/Linux among the hardware companies, who had their fingers burnt with the fracturing of Unix and "open" standards during the eighties and nineties.

Solaris wasn't like Irix, which wasn't like HPUX, AIX or Tru64, and none of them necessarily played well together... Unix had been touted as the universal operating system, and each of these companies was pouring huge resources into developing proprietary versions of the same operating system at the expense of the hardware, services and userland software that were their core business.

Linux offered something different, a ready made developer community that had formed around the software, and a collaborative philosophy which owed much to the framework of the GPL (GNU General Public Licence).

Not only did the GPL protect free software and keep it free, but it opened the door for a community to form around the software in the knowledge that contributions were fed back into the original body of code.

The contributors owned the copyright to the bits of code they wrote, and willingly contributed their work under a common licence, but nobody owned the Linux kernel. The companies that have generated revenue by selling Linux, Red Hat, Novell, IBM or HP do not own the code.

The open source development model worked to the advantage of the corporate interests that later became central to the push of GNU/Linux into the enterprise, and they pushed their own enterprise features into the code, sharing their investment with rivals in the knowledge that what they gave would come back to them in other ways. Contributing to Linux removed the cost and liability of developing a proprietary alternative from scratch.

Linux replaced proprietary UNIX because the community guaranteed the independence of the code, and Linux guaranteed freedom from the factionalism that had formed around UNIX.

Free and open source software was good for business, the licence and the community worked for everybody, and it made sense to apply the model to other areas of the enterprise.

A sense of belonging

Phipps suggests a checklist of the characteristics that would allow a project or business to describe itself as bona fide open source. These include:

- Is the licence OSI-approved?

- Is the copyright under diverse control?

- Is the community governance open?

- Does your community operate under a patent peace arrangement?

To some of the more recent start-ups who describe themselves as "open source" some of these notions are problematic, because as they see it, they inhibit companies' ability to 'proprietise' and 'monetise' the developers and the code, which misses the point that 'open source' is as much about community and ownership as it is about the visibility of code.

Red Hat doesn't own Linux and CentOS can duplicate Red Hat's code, but Red Hat wins through quality of service and hands-on support.

A successful open source project needs: A unifying purpose, the tools that enable contributors to be part of the process, a sense of belonging to a community - linked by the net and a common creative purpose- a clear licensing model, and a b and motivated inner circle of developers who bind the process together and provide a means for interested - or disinterested - parties to join the process and make comments.

Some projects - like the Debian GNU/Linux project - have a binding constitution, but most projects leave the structures and obligations as loose as possible, to encourage voluntary contributions and debate around ways of achieving the best possible outcome - thus allowing the best solutions to come through.

For many free software projects it could be said that the licence serves as a binding force. Some commercial open source software companies have successfully led open source projects in a commercial direction by employing the lead developers and fostering and maintaining links with the developer community.

The software, however, remains freely available under the conditions of the licence.

If there is a methodology to the creation of free and open source software, it is highly variant between different projects. The hierarchies may vary from project to project. Some projects have written constitutions. Some are egalitarian. Some are led by a "benevolent dictator" who makes the final decisions.

But successful projects are built around open code, freedom from the precepts of "intellectual property", and the ability of users and developers to freely contribute to the code. If you take care of the developers and the code, the returns will take care of themselves.

The trouble with the current debates about topics such as "open source business models" and "open core licensing" is that 'open source' is sometimes taken to mean whatever you want it to mean, and each new proposal takes 'open source' further away from its original meaning.