A new report has called for parliament to actually debate the DNA database. 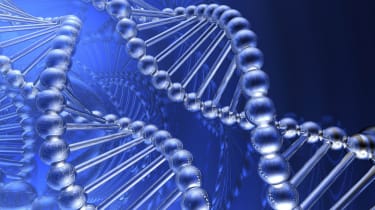 The DNA database has moved from a database of offenders to one of suspects, according to a new report from the Human Genetics Commission.

The government's own genetics advisory board has said the DNA database must be debated in parliament, as it claimed police are making arrests to collect samples and young, black men are disproportionately represented.

The DNA database holds a record of eight per cent of the UK population, but three-quarters of black men between the ages of 18 to 35 are on it, the report said.

It also quoted a former police officer as saying that practices of arrest had changed, with a new focus on making arrests.

"It is apparently understood by serving police officers that one of the reasons, if not the reason, for the change in practice is so that the DNA of the offender can be obtained: samples can be obtained after arrest but not if there is a report for summons," the senior officer was quoted as saying.

"It matters not, of course, whether the arrest leads to no action, a caution or a charge, because the DNA is kept on the database anyway."

The Association of Chief Police Officer disputed the claim. "The suggestion that using powers of arrest to obtain DNA has become routine policy is plainly wrong. The law around powers of arrest is very clear," Chris Sims, ACPO lead on forensics, said in a statement.

Time for a law?

The report noted that the database was not created with a new law or ever debated in parliament, but that it should be. Indeed, the database was created after amendments to earlier legislation written before such technologies existed - not unlike what business secretary Peter Mandelson is attempting to do with copyright law and piracy.

The DNA database has also been criticised by the European Court of Human Rights.

Earlier this month, the Home Office released details of tweaks to the database, but some people not convicted of their crimes will still be kept on record.

That is one major area of complaint the commission noted in its report. Saying the database had slipped "from a database of offenders to a database of suspects," the report noted that it makes no sense to keep data from arrests where the person wasn't convicted - as in, innocent people - unless the government planned to include all such people.

Of course, that's not what the report recommended, adding: "We reiterate our view that holding the DNA records of innocent people fundamentally alters how suspicion, guilt and innocence function in the relationship between the citizen, society and the state."