In this review, we look at the changes the latest version of Exchange brings to the table to see if it's worth upgrading. 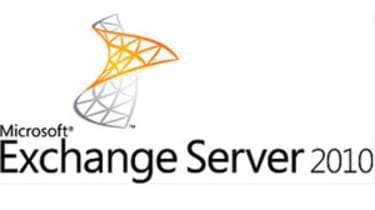 Exchange 2007 was a major upheaval for administrators, introducing 64-bit and breaking a previously near-monolithic product into several distinct pieces: a mailbox store, a Client Access server, and a Hub Transport server. The goal was scalability, but it also increased the complexity of the product and presented administrators with a tough learning curve.

The changes in Exchange 2010 are less radical. At least on the surface. The management console will look broadly familiar, and the same server roles exist. That said, there are some big changes underneath, once again aimed mainly at improving scalability and availability. In Exchange 2007, high availability was based on Windows failover clustering, which was complex and expensive.

Exchange 2010 has been re-engineered with a focus on mailbox databases, which can now be continuously replicated to one or more additional servers without needing a cluster. Even a two-server setup can make use of this effectively. A further benefit is that you can use cheaper storage, if you trust the new resilience features to fix things up in the event of a failure. 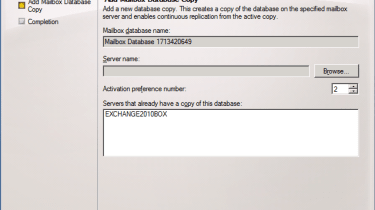 This right-click dialog lets you add a replicated mailbox for high availability.

Another feature of the new architecture is that you can move a mailbox between servers in the background, without loss of service. This is possible because the Client Access server now handles all client operations, whereas previously some clients talked directly to the mailbox store. Microsoft also claims to have optimised the Exchange database engine, called the Extensible Storage Engine (ESE), with more efficient schema and fewer input/output operations (IOPS).

For years Microsoft has muttered about migrating Exchange from ESE to SQL Server, but there is still no sign of this happening. "We have no plans on moving to SQL Server. We've continued to innovate on the extensible storage engine, what was known as JET. We feel that this is the best option for Exchange. Making the move to SQL Server would be a very large jump," product manager Ian Hameroff told IT PRO.

A post on the official Exchange blog confirms this and, as the comments to that show, users are divided over whether to stick with what is tried and trusted, or to get the consistency and better manageability that a move to SQL Server should offer.