We review a compiled version of Google Chrome OS to get a taste of what the new operating system has in store for us. 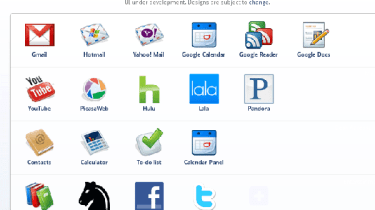 Last week, Google surprised many by unveiling its Chrome OS, giving a glimpse of how it would look and more details about how it will work.

However, it revealed that Chrome OS would only be made available on specially designed hardware, and these wouldn't be available to buy until Christmas in 2010. However, Chrome OS is an open source project and in line with that Google did release the source code. Enterprising individuals then went ahead and created a compiled version of the OS enabling users to download and run a working OS on their machines in a virtual machine.

It's not quite the same as running it on native hardware, particularly as speed is concerned but it is a way of getting a flavour of what it's about. Since then, a version that runs directly from a USB key has also been made available, which should offer a more realistic native hardware' experience. So far we've only had time to try the virtual machine-based version, but we'll update this once we've got the USB version working.

There's a compiled version of Chrome available via Torrents but we've avoided that version for fear of malware. However, a free version is available from GDGT.com (registration required). Once downloaded, extract the zip to a location on your hard disk.

While the GDGT page says that you can use the free VMware Player, it didn't work for us. However, Sun's free VirtualBox did the trick. 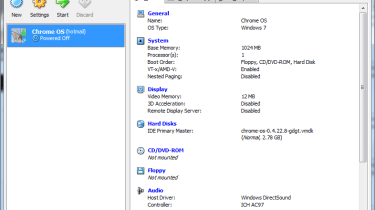 Once downloaded, you simply go through the wizard, give your virtual machine a name (ChromeOS seems sensible), tell it what sort of OS you're running on and then choose how much memory you want to assign to it (we went with 1,024MBs). You then simply select an existing hard disk and point it towards the extracted OS image.

Once done, be sure to go to Settings, select Network and then choose Bridged Adaptor' in the attached to' menu and then either the wired or wireless connection in the box below. This is crucial as without network connectivity, you won't get far with Chrome OS. Once done, you just press start to launch the virtual OS.