Battle of the smartphone user interfaces

We take a look at the different skins and user interfaces available on smartphones today to see which is best for businesses. 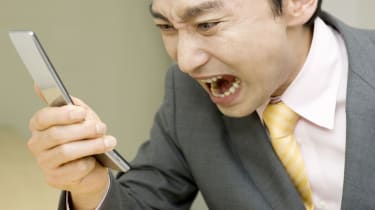 People allows you to insert shortcuts to your most-used contacts. A thumbnail image appears in a grid-style structure. If you have a new email, missed call or SMS from any of the contacts in the People section, a small icon will appear in the bottom right hand corner. Tap on the contact to see more information, the full SMS or email.

Acer has thus far released two collections of devices and these each use a different version of Acer's Shell.

The first edition was brought out with such devices as the M900 and F900, and is light-hearted, displaying an office-style layout.

There are three different homescreens, each displaying apps related to work, multimedia and settings.

The first displays new emails, SMS messages, missed calls and the time. Tap on each of these icons and you're taken to the relevant menu or screen in the phone.

The second screen displays shortcuts to your media player, photo viewer and contacts list, while the third screen allows you to edit the homescreens and change the setting on your device.

The first edition of the Acer Shell, built upon the third-party SPB Shell is only very lightly applied to Acer devices. There's nothing that will revolutionise the way the Windows Mobile devices operate it's mainly cosmetic. 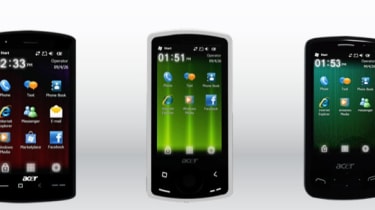 Acer Home scraps the Windows 6.5 Today screen that is one of the operating system's most polished aspects, and replaces it with a much less attractive icon-based UI.

Although it's fully customisable, it won't show you any information about missed calls, new emails, SMS messages or bookmarks you may have saved on your device.

Enter contacts and instead of the scrolling contact list, Acer has implemented its own application that is much more search-based.