UPDATED: Microsoft's latest round of patches weren't responsible for the 'black screen of death', with the accusing company making a humbling apology. 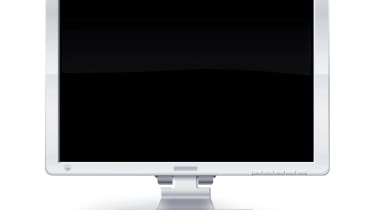 Microsoft's latest round of security patches did not cause the black screen of death' for Windows 7, Vista and XP users.

Prevx's David Kennerley wrote in a blog post that after logging into some Windows systems, there is no desktop, task bar, system tray or side bar. Instead, he claimed that, users were left with a completely black screen with a single 'My Computer' explorer window.

He claimed that Microsoft's November security update was the cause of the issue.

However, Microsoft said that it has investigated such reports and found them to be inaccurate.

"The company has found those reports to be inaccurate and our comprehensive investigation has shown that none of the recently released updates are related to the behavior described in the reports," it said in a statement.

"While we were not contacted by the organisation who originally made these reports, we have proactively contacted them with our findings."

In a blog post, the Microsoft Security Response Centre said that it didn't see the 'black screen' behaviour as a broad customer issue.

It said that as the reports weren't brought to it directly, it was impossible to know what was causing the problem. However, it did say that the 'black screen' is associated with some malware families such as Daonol.

Prevx publicly apologised to Microsoft in a blog post, saying that it was a challenging issue to identify.

"Having narrowed down a specific trigger for this condition we've done quite a bit of testing and re-testing on the recent Windows patches including KB976098 and KB915597 as referred to in our previous blog," it said.

"Since more specifically narrowing down the cause we have been able to exonerate these patches from being a contributory factor."