IT brings together Everton and Liverpool FC

Everton’s recent IT security deal illustrates the close-knit community of the tech heads behind the Premier League clubs. 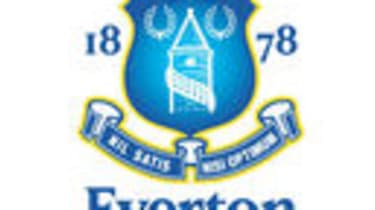 Premiership football club Everton has signed a deal with security firm Webroot to help it cope with a deluge of spam.

As a big brand name, Everton found that it was a prime target for spam and malware, with as few as one per cent of its emails actually being legitimate.

Steve Fell, head of IT at Everton, said that a Premiership football club would be top of the list when it came to receiving spam from businesses and individuals around the world.

"Most people watch football, and an individual could think that there's an easy campaign that I can go for the Premiership clubs," he said.

The IT managers of the Premiership clubs are a very close-knit community, and after consultations with other clubs, Fell decided to choose the Webroot email security service for the Blues.

Fell said that even with a big rival like Liverpool, he would be perfectly willing to take advice when it came to IT: "We will speak to Liverpool and Man United about products and vice versa."

"We get a lot of people saying that they service Liverpool, and the first thing we do is pick up the phone and verify that they've used the product."

The Premiership club IT managers trust each other when it comes to choosing the right technology, security or otherwise, and often word of mouth was the key, he claimed.

"It's nothing like it is on the football pitch or on the terraces," said Fell.

As for the email service, Fell said that it allowed Everton to free up staff who spent a lot of time filtering out genuine emails, which could often take up to three hours every day.

It especially had to be careful about mail accounts from the likes of Hotmail and Google, with legitimate mail flagged up as spam as they weren't from a business account.

"It's imperative that we don't stop the running of the business ticket sales, corporate sales, etc," he said.

Email filtering is vital for player transfers, especially on the last day of the transfer window where the clubs have to deal with a barrage of emails from agents and the Premier League.

"Obviously deals are being done at the last minute, and we can't afford for them to be trapped, potentially putting a deal at risk," Fell added.

In addition to the email service, Everton has security which should trap malicious threats before they hit the network. If an incident ever did happen though, the consequences for a club of Everton's size could be dire.

"We've got events to run," said Fell. "If it happened a day before a football game at home and a lot of the systems went down because of a virus, there would be pandemonium."

He added: "If it happened hours before a game it would just be chaos, as we've potentially got to bring 40,000 people to this stadium with no hiccups. That's a priority."

Click here for more on the tech of the Premier League clubs.