JP Morgan is one of the financial companies investing big in open source technology. 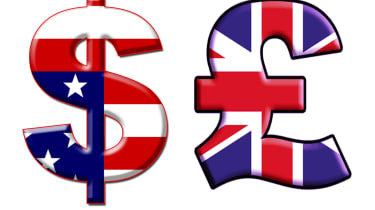 Financial services organisations are going beyond operating systems when it comes to the use of open source technology.

Tony Roby, executive-director of innovation and emerging technologies at Accenture, said that companies involved in the capital markets were enthusiastic about the use of open source, whether it was in application servers, databases, content management systems or portals.

"All of that, over the past 18 months, really has shown a tremendous growth," he said.

He added that capital market companies liked the speed of open source technology, and the ability to tailor and tweak the software when needed.

"JP Morgan is a good example of being an active contributor of software that it has actually developed infrastructure software in areas such as messaging very particular to the banking industry," he said.

"It has licensed it as open source, so others can benefit by having a pre-written piece of code as well as benefiting from other people's contributions."

Retail banks were also looking into open source, with some looking at having two separate system infrastructures, he claimed.

He added: "One for the high-end systems where they are not technically and emotionally ready to run on open source platforms, and an open source infrastructure which surrounds the core systems but really don't need the capabilities of the traditionally expensive proprietary middleware."

Cost is always referenced as a reason for businesses taking up open source, but Roby said there were other factors such as deployment flexibility different styles of architectures and approaches to the systems that were being built.

"For rolling out a capability to tens of thousands of users, typically the licensing models for proprietary software are quite prohibitive," he said.

"If you think about business intelligence for example, it's very prohibitive to roll out the typical proprietary tools to a large number of employees."

With open source technology tools it was possible to do this without big costs, as not everybody needed high-end business intelligence capability, according to Roby.

"People can download it for free," he added. "You can get started on and start making progress on projects without having to invest time and money on upfront technology purchases and procurement."