Government services should be online-only to up web use

Martha Lane Fox has decided drastic action needs to be taken to get the 10 million people who have never used the internet online. And she thinks government services is the way to do it. 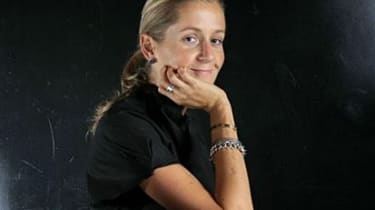 The government should make its services, such as Council Tax payments, TV licensing and so on, only available online to force people to use the internet.

So claims Martha Lane Fox, co-founder of lastminute.com and the Government's Champion for Digital Inclusion.

During a discussion yesterday the Royal Geographical Society questioning whether there was a digital divide in the UK, Lane Fox suggested the drastic tactic to encourage those 10 million who have never used the internet to get online.

"I think there is a real opportunity to move certain services so they are only online," she said.

"By switching services, like what we have done with analogue TV, there is a real opportunity to carry people on [to the internet]."

She claimed that by moving just one government service online, the state could save 900 million and claimed that it wouldn't cost much more than that to put those 10 million people online.

Lane Fox admitted that the idea "may sound [like a] nanny state" but said: "If you look back to the 900 million savings, it is a number people need to take seriously. I think [this] could provide really valuable intervention by government."

Four million of the web non believers are also some of the most disadvantaged, according to statistics cited by Lane Fox. More than a third (35 per cent) are also over 65, 38 per cent are unemployed and 19 per cent are families with children, she claimed.

"I think that shutting down services would be the bet way of carrying through the most amount of people, as long as it is carried through with training," she added.

"What I have learnt is that politicians don't necessarily agree with me but I will keep badgering them."