Forget losing USB sticks or laptops, you may soon have to watch what you say on the phone. 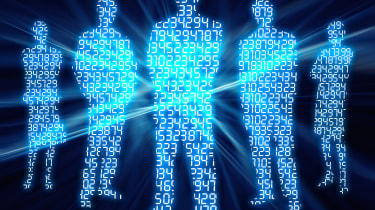 Data loss has become a major issue for both private and public companies, but mobile voice call hacking could soon become just as much of a problem.

Simon Bransfield-Garth, chief executive of Cellcrypt, said that in the next six months an increasing amount of mobile voice calls could be under attack.

This would make mobile call hacking a lot easier for criminals and potentially make it as serious an issue as the loss of data.

A new Cellcrypt survey said that three quarters of US corporations had a security policy covering mobile phone calling, while four out of five IT professionals thought that mobile phones were equally or more vulnerable than email.

With 79 per cent of organisations routinely discussing confidential information weekly, only 19 per cent had mobile voice call security solutions in place.

Bransfield-Garth said: "In the people we've surveyed, confidential information is discussed as frequently on mobile phones as on email."

"There is an argument that mobile phones are actually more sensitive, because the information is real time," he added. "We believe that this is one of those data security issues that all companies are going to have to take a view on."

One of the big problems with mobile phone hacking is that there is no way to know to tell if someone was listening in.

"We come across every day companies who know that their calls have been intercepted with an impact of millions of dollars, but it's not something put in the public domain," he said.

"It's actually quite difficult to say this individual on this day intercepted this call."