Are touchscreens ready for business?

Has Windows 7 made touchscreens ready for businesses, or is the tech not quite ready yet? 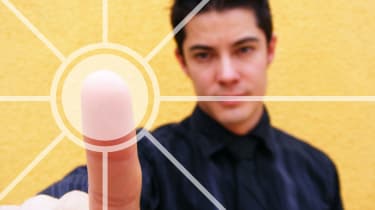 For all the positive buzz about Windows 7 its performance, stability and visual appeal one of its most-hyped features now seems almost forgotten, and that's its integration of multi-touch support across the GUI. Up to now, there has been good reason.

Touch-capable PCs, notebooks and monitors have been few and far between, and while we're all now used to the idea of a touchscreen driving an MP3 player, SatNav or mobile phone, experience of larger-scale touchscreen computing has been limited to the unpopular Tablet PC format or Microsoft's impressive but expensive - and rather gimmick-laden - Surface computers.

However, there are signs that the tide is turning for touch. Dell, Acer and IIyama have all announced multi-touch capable displays, with prices starting as low as 249.

HP has long been pushing the touch message with its Touchsmart line of desktop and notebook PCs, and now it's been joined by Acer and Dell with multi-touch laptops and sleek all-in-one systems. 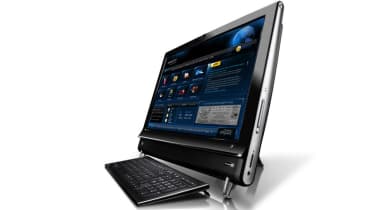 While these products are targeted specifically at the consumer market now, multi-touch is coming to the enterprise market too. In fact, Dell has been pushing its multi-touch capable Latitude XT tablet PCs through its business division since July 2008, while HP has recently launched a Touchsmart 9100 business PC in the US.

With Windows 7 and the hardware hitting now, is it time to start taking touch seriously?

Microsoft certainly thinks so. When Windows 7 had its first public outing at the All Things Digital conference in San Diego, May 2008, multi-touch was central to Microsoft's Windows 7 agenda, and the focal point of the demonstration.

"The way you interact with the system will change dramatically" chairman Bill Gates explained. "Today all the interaction is keyboard/mouse. Over years to come, the role of speech, vision, ink - all of those things - will be huge."

Microsoft's new Business division head, Steven Elop, has also been pushing the new paradigms' message. "Despite much advancement, we still have a long, long way to go", he told the Wharton Business Technology Conference in March.

"We are presented with tremendous opportunities to improve how we interact with technology, and how we do business," he said.

"We envision in the future that interacting with technology will be more like interacting with people. Voice recognition will supplant keyboards. Displays and screens will show up everywhere on every wall, every tabletop. Any large surface will become an extension of your mobile device, capable of displaying information with a flip of a finger so that you can make the best use of your physical environment."