Britons feel 'cut off from the world' without internet

A survey has shown just how dependent us Brits are on our internet connections and mobiles phones. 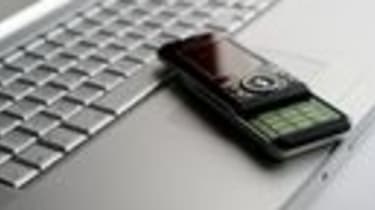 Being left without a mobile phone or internet connection would leave more than have of the UK's adults feeling "cut off from the world," according to a new survey.

The study conducted by Opinium Research on behalf of moneysupermarket.com showed that these technological advances had more than half (59 per cent) of us dependent on them, although there were more worrying statistics to come.

Julie Owens, broadband and mobiles spokesperson at moneysupermarket.com, said in a statement: "Mobile phones and the internet have become a way of life for millions of people and it is clear from this research that without these essential items, people would find it hard to contact friends and family and would worry about missing out on things."

Moneysupermarket claimed this dependence is as a result of "incessant use", with UK adults spending on average 68 hours a month online and a further seven hours a month on the phone.

It may not sound too much but when you add it up it equates to 34 days a year online and three-and-a-half days on the phone.

"Technology has developed so much over the last 10 years and the capabilities and functionality of phones and the internet have meant people are spending an increasing amount of time using them," Owens continued.

"Mobiles are no longer just used as phones and as a result people have become more and more dependent on them."