How does Britain’s broadband compare?

How does the government's Digital Britain plan compare to other countries around the world? We take go on a virtual global tour to see how our broadband measures up. 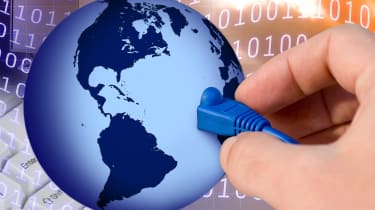 The British government this year detailed plans to get the nation connected up with broadband.

The Digital Britain report, released back in May, made promises not only to invest in high speed broadband but to ensure everyone in the country has a 2Mbps connection by 2012.

We aren't the only country making efforts in this area though and in this feature we take a look at how the UK's broadband shapes up compared to other countries around the world.

The US has similar problems to the UK when it comes to broadband structure, but on a much larger scale.

When it comes to connecting rural areas, the US has its fair share of problems and connecting up deserts and mountain ranges makes linking up a small village in Cornwall seem like a walk in the park.

"The US is very different from the UK with its large, dispersed and rural areas and in many respects it is a bigger challenge than the UK," Rob Bamforth, principal analyst at Quocirca, told IT PRO.

This is where government funding comes into play. President Barack Obama is going through the motions with the Federal Communications Commission (FCC) to implement a national broadband strategy aiming to get this generation of the internet into every home in the US.

The stimulus package will amount to almost $800 billion (484 billion), with $7.2 billion being allocated specifically for those rural areas.

However, even before this all gets put into action the FCC needs to report back on the plans to congress next February the other side of the Atlantic does still manage to top the UK on its average broadband download speeds.

In a recent Speed Matters broadband report, the average came out at 5.1Mbps, while the UK trailed behind with 4.1Mbps.

The Nordics are renowned for their prowess in the area of mobile technology and now they dominate the speed league tables for broadband downloads too.

In the same speed test that saw the UK lag behind the US, both nations fell miles behind Sweden which reached an average download speed of 12.8Mbps.

It has also made the pledge that 90 per cent of its population will be able to get speeds of 100Mbps by 2020, with 40 per cent already having it by 2015. This leaves the UK's 2Mbps Universal Service Commitment (UCS) in the shadows.

In addition to leading the European pack on speeds, it also benefits from some of the lowest monthly costs for high speed internet, according to a report from the Organisation of Economic Co-operation and Development.

One of the main government pushes is to ensure openness for competition in its broadband market, according to Phil Sayer, a principal analyst at Forrester Research.

"The theory underlying open access is that the more competitive consumer broadband markets that emerge from this more competitive environment will deliver higher capacity, at lower prices, to more of the population," he said.

"Open access policies seek to make it easier for new competitors to enter and compete in broadband markets by requiring existing carriers to lease access to their networks to their competitors, mostly at regulated rates."

Sayer continued: "By requiring that capacity to be shared, through leasing, with competitors, open access rules are intended to encourage entry by those competitors, who can then focus their own investments and innovation on electronics and services that use that basic infrastructure."

All these positive efforts in Sweden have left the UK lagging behind somewhat, even though we have adopted an open policy with the BT Openreach division, leasing out lines to competitors to provide customers with broadband and telephone lines.

However, Sweden does face stiff competition from some of its neighbours such as Denmark and Finland, who are also riding high with good download speeds and promises of faster ones in the future.

"South Korea has a much more aggressive policy on a wide scale," said Bamforth. "It has more connections in both urban and rural areas and is really pushing for speed."

And he isn't wrong. South Korea regularly tops the polls with an average download speed of 20.4Mbps and last year the country topped a worldwide Gartner poll of broadband penetration with a massive 93 per cent of homes ticking the right boxes.

The UK only came in seventh place with about 58 per cent but although this shows we have catching up to do, only five countries managed to break the 60 per cent barrier.

However, Martha Lane Fox, the UK's Champion for Digital Inclusion, recently said: "Korea may be far ahead with speeds but how many people are using them? From my understanding it is [not many]."

She added: "I don't believe the data measures it in the right way yet, you can measure access but you can't measure interaction."

Back in 2000, France was considered to have one of the worst broadband markets in the whole of the developed world. But, over the past few years it has come on leaps and bounds to become one of the best.

The country opened up its broadband back in 2004 allowing rivals to take advantage of France Telecom's (FT) existing infrastructure. This led to a great rise in competition with a lowering of prices and even led to FT becoming the first major telecoms company in Europe to roll out VoIP in residential scenarios.

This year, the number of subscribers almost hit 60 million and penetration in the country hit an outstanding 91.8 per cent. What's more, 30 per cent of the country also had access to high speed broadband.

Back in June, the Constitutional Council even went as far to declare access to the internet as a basic human right, when President Sarkozy tried to push through a three strikes law to combat internet piracy.

However, Sayer believes it is the earlier point that has seen France become so successful.

"[Some] countries have spent substantially more, in public spending on a per capita basis, than the US has appropriated for stimulus funding [however] there are models of high performing countries, like France, that invested almost nothing directly, and instead relied almost exclusively on fostering a competitive environment," he said.

France has some impressive figures compared to the UK and a lot of backing from the public as well as private sector. It is clear they lead the way compared to the UK but perhaps we should look to them and take some of their advice to improve our own situation.

The emerging markets are growing when it comes to adoption of broadband technology but how does outsourcing darling India fare compared to our progress in the UK?

India is a vast country with a huge population of over one billion, so to create an infrastructure to cater for that presents a real challenge.

Figures from the government in August of this year showed the country only had 6.81 million broadband subscribers and 14.39 million subscribers to the internet overall.

The lack of adoption tends to be blamed on poor infrastructure, with the country sticking with 38 million telephone lines for many years. The government also appears reluctant to open up the existing lines to competitors to improve prices and access like many other countries have.

So it is clear that broadband is falling way behind compared to other countries but it seems India has its own answer for connectivity.

The rise of mobile in the country has been immense. There are almost 470 million mobile phones in use and a lot of people are using the 2G network to keep in touch and online.

The mobile network is a good way of tackling online access, but this is also starting to feel the strain. Indeed, 2G network and wireless connectivity need to be boosted, with 3G and WiMAX seeming to offer the answers.

This month Jaikishan Rajaraman, senior director of GSMA, said in a statement: "India needs to make use of the digital dividend opportunity offered by the 700MHz to gear up for future roadmap for spectrum availability as the band promises to make broadband a much more feasible option."

He added: "A study completed by LECG shows that an investment of $20 billion made in 3G networks over the next five years will benefit the Indian economy by more than $70 billion with additional creation of up to 14 million jobs."

Is the UK broadband best or bottom?

It seems that when we compare ourselves to some countries, we aren't faring too badly. Although speeds may not reach other places' dizzy heights, adoption is strong and future plans are well underway so that we can achieve an improved infrastructure.

However, closer to home, we seem to lag behind somewhat and perhaps our government and industries should be looking across to mainland Europe for some tips to make our broadband the best it can possibly be.