Puppy Linux is something different, a tiny version of Linux that can be stored on a USB memory drive, will run in memory, and can be used for working on the move. 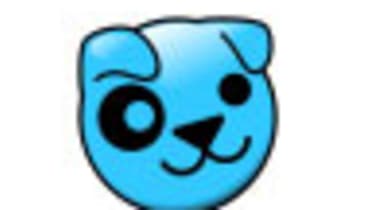 Puppy Linux is one of several minimalistic GNU/Linux distributions that can live on a USB flash memory stick and run entirely in your computer's memory - in Puppy's case as little as 64MB.

Puppy weighs in at about 100MB, and comes with unfamiliar but practical applications to achieve just about everything you could possibly want for most everyday use in the office or at home.

There are GNU/Linux distributions such as Damn Small Linux and Slitaz which are a better bet for specialised applications. Damn Small Linux is half the size of Puppy and can be expanded into a full blown Debian installation, a web server or a router, and is better configured for security. Slitaz is even smaller and serves a similar purpose.

There are tiny GNU/Linux distributions that are engineered for specific purposes, to run in memory while you search and rescue data that has been lost on broken filesystems, such as SuperGrubDisk or the SystemRescue CD. You can do the same with Puppy. Puppy is useful for accessing and retrieving files on Windows systems, but lacks some of the more esoteric tools.

There are the lean and specialised mobile or embedded Linux distributions which run your smart phone or TV set top box, or there is the super flexible Tiny Core Linux which weighs in at a miraculous 10MB and can be expanded to fulfill any specialised purpose you could wish for.

But what distinguishes Puppy Linux is its simplicity and charm, and its sense of fun.

Fun is a large part of the GNU/Linux experience, and is a significant motivation for users to bother with the hassle of leaving Windows or other operating systems behind. "The most important design issue...", Linus Torvalds wrote on the Linux kernel mailing list in 1995, "is that Linux is supposed to be fun..."

In these days when memory and storage are cheap, the small Linux distributions may seem redundant. But Puppy, like the other compact GNU/Linux systems, has its uses.

Puppy takes the approach that small is beautiful, and makes it possible to offer different opportunities to understand and learn how the system works. Puppy is small and nomadic, can live in your computer's memory, and be taken from place to place on a memory stick.

You can save changes to the stick, with or without encryption for the security of your data, and leave barely a trace of your presence on the host computer.

You can work on the move, and carry your private data from place to place, from home to work, without the need to take your computer with you. You can equally well use a DVD or CD.

This applies not only to the data but also to the extra applications you may choose to download. Puppy may not come with OpenOffice or The Gimp pre-installed but there is nothing to stop you downloading any application you want in any package format that is supported by any other major Linux distribution.

Puppy is also the perfect educational tool, playful and transparent enough to give inexperienced users the opportunity to learn without doing any real damage, and unencumbered by the layers of software that are the norm on a modern operating system.

A minimal operating system strips away the layers, but inevitably comes with compromises. So a vanilla download of Puppy Linux, which will run amazingly fast in 64MB of memory, can't afford or won't allow you the space for overblown applications that give you options and choices that you might never want to use.