Has there ever been a decade like this for tech?

The boom of the internet has changed everything about our lives, from how we do business to how we trade trivia at the pub. Faster chips at lower costs means we've got the power of a PC in our pockets, taking it all mobile, making phone books, maps and newspapers feel all a bit old-school.

Before the calendar flipped to the year 2000, the tech world was worried about Y2K. Back then, Google was just a search engine. That's pretty much all it did. Indeed, since then, we've welcomed into our lives iPods and iPhones, WOW and the cloud, Wikipedia and netbooks.

Here are our top tech moments of the past decade. We've surely missed a few send us your thoughts at comments@itpro.co.uk or via comments below. 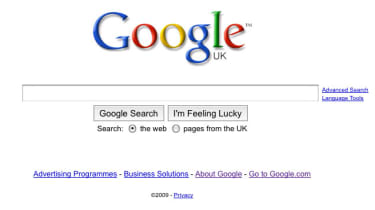 It's hard to pinpoint the exact moment when Google took over tech, as it's been a slow, step-by-step process.

When January 2000 arrived, Google was a popular search engine. That's it. That's what they did.

That changed in October, when AdWords launched the first step of many towards the behemoth it is today, and a key one, as it gave Google the cash to invest in all that R&D. Another significant milestone was the August 2004 IPO, which gave another boost to Google's growing coffers.

Without all that cash, Google couldn't have created wonders like Android and Chrome, Gmail and Docs, Maps and Street View.

Love or hate the firm and despite the Don't Be Evil slogan, many aren't happy with the data hoarding it's impossible to imagine the past ten years without thinking of Google.

Of course, it's not exactly going to fade into obscurity in the next decade. With Android already tearing up the mobile space, Google is set to release its very own branded handset. It's not ignoring the PC market, either. The big story this time next year is set to be the likely glut of devices being released running the Chrome OS. 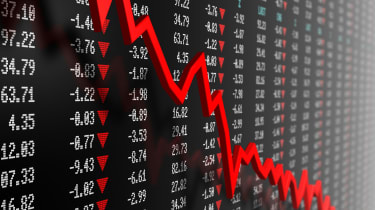 Once everyone figured out there was money to be made online, everyone and his dog no really, there was Pets.com had a website pushing a product of some sort.

And they were all worth millions! Oh, no. Wait. They weren't.

On 10 March 2000, the NASDAQ Composite hit a new high, double the year before. And then it started to slip, losing nine per cent over just six days. Over the next two years, $5 trillion was wiped off the face of the market.

With a variety of factors hitting the industry, dotcoms those web-based firms that had popped up all over the place started to fold as their venture capital funding ran out, leading to many unemployed IT staff and a lot of deflated expectations.

Talk about a bad way to start a decade. On the upside, once everything calmed down, we were left with the companies that had real staying power, such as eBay and Amazon. And, now everyone and their dog really does have a website they just also have a business model to go with it. 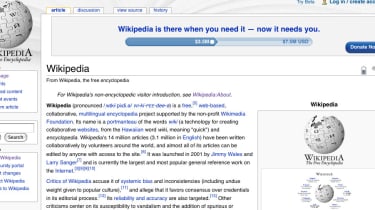 Wikipedia was formally launched 15 January, 2001. How do I know that? Because I looked it up on Wikipedia.