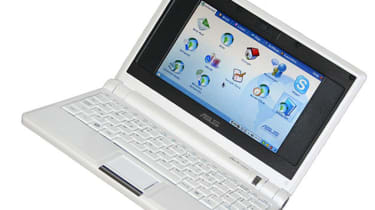 In some ways, One Laptop Per Child had the idea, while Asus ran with it. OLPC wanted to create a sub-$100 laptop for kids to use for education around the world.

Someone at Asus clearly had a different idea, unveiling the first Eee PCs at Computex in 2007.

The world first got a chance to pick one up in October of that year, with the release of the Eee PC 701. Tiny, super light, and super cheap, the device redefined computing.

It seems computer firms thought we always wanted bigger and faster and more expensive. The arrival of the Eee PC showed we'd quite like a cheap toy to play with, too.

With brilliant wireless access, and a relatively slick look, it was great fun carting around review copies in the early days. People would peer over from other tables at coffee shops, friends would beg to try it now, everyone and their dog has a netbook, and the Eee PC is just one of many littering the shelves.

The devices are the main thing propping up struggling PC sales, with 35 million expected to ship this year.

Still, computer manufacturers have been pushing the specs and the prices back up, and competing form factors such as smartbooks and CULVs look set to continue that trend, as does Google's hardware specs for devices running its Chrome OS. On the other side, increasingly slick smartphones are adding pressure from below.

Will netbooks survive the next decade? Only time will tell, but a cheap, easy to use, web-friendly device we can actually type on will always have a place in our hearts. 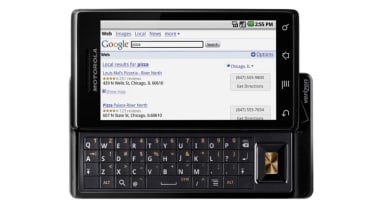 Then lots of stuff happened behind the scenes, with many whispers about what was happening next and what the first device based on the new platform would be. Enter the T-Mobile G1, which hit UK shores in September 2008.

Both the HTC hardware-clad G1 and the innovative OS itself paved the way for subsequent devices that we already know and love.

Heck, even Motorola got in on the act this year by launching not one but two Android-based handsets in the form of the DEXT and MILESTONE.

As we went to press, the Android market was believed to have reached the 20,000 app milestone. While that's still a long way behind Apple's 100,000 App Store apps, it's a good start.

But aside from being king of search and gearing up to take over the mobile world, Google still isn't busy enough. No, it's added another thing to its To Do list, as it eyes up the desktop market with its Chrome OS. Unveiled just last month, devices are set to arrive next year.

Could 2010 be the year of the Google? It certainly looks that way...