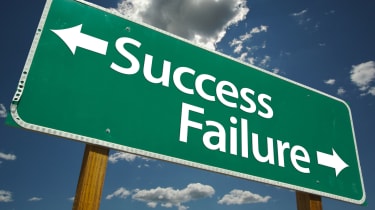 The year has been a mixed one for the IT industry. Falling sales, especially of PCs and servers, have hit vendors hard as businesses have scaled back spending.

Even so, consumers have continued to buy technology, with smartphone and netbook sales holding up well.

Interest also continued to grow in services, especially social networking and anything delivered over the cloud.

But as our round up of the year's top technology disasters shows, privacy, service reliability and perhaps predictably, government IT spending continue to put potholes on the superhighway.

Windows Vista has struggled from its initial release, but 2009 was the end of the line for all practical purposes, as Microsoft released Windows 7.

Windows 7 launched to critical acclaim - or at least was more warmly received than its predecessor. Windows XP seems set to live on, on low-costs netbooks, for a while yet.

But the ranks of discounted Vista PCs in high street stores suggests that for all practical purposes, unloved Vista will quietly be left to die.

Gmail is a great technology, when it works. But businesses that had switched from local email systems to the search giant's cloud-based offerings will have had reason to question that choice. This year, Google Apps and Gmail have suffered several outages, leaving customers unable to send or receive messages, or use Google's collaboration tools, for several hours at a time.

Of course, no IT service, and certainly no cloud-based service, can ever be 100 per cent reliable. But organisations planning to replace in-house infrastructure with cloud services will need to consider the impact of what Jon Collins, of analysts Freeform Dynamics, calls "Gfail": have a backup plan.

To lose a key operational IT system once is unfortunate. When it happens twice, it looks careless.

This, though, is what happened to the London Stock Exchange, which suffered two systems outages in November. The first failure affected a 12th of the exchanges's financial instruments, and was traced to a single server. The second failure, in late November, halted all trading. In 2010, the LSE will switch to a new trading platform.