We roundup the top stories from the past twelve months, from the success of the App Store to the release of Windows 7. 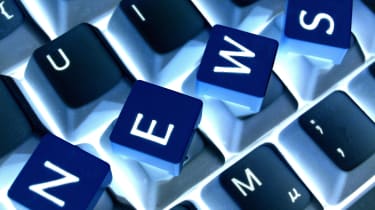 As ever, it's been a busy year for tech. Not only did we have long-awaited launches like Windows 7 and expected troubles from the recession, but there were also a few surprises.

Google had a hectic year, between Street View and Android, but then shocked many by announcing it's own operating system - lining itself up to take on Microsoft.

All in all, it was a fascinating year in an always captivating industry. Read on for our full roundup of the top news of the year.

The economy hits IT jobs

The economy: it's the cloud that's hung over the IT industry all year, leading to job cuts and strikes, and dampening sales.

While enterprise hardware has taken a massive hit, consumer friendly devices like netbooks and smartphones have shone, suggesting many aren't willing to give up their tech no matter how bad the economy gets.

Still, the industry will be happy to see the back of this year, the worst since the dotcom bust earlier the decade. Even though brighter skies are ahead, most don't think the industry will recover to previous highs.

When Microsoft launches an operating system, it's always big news. When they launch a good one, it's even bigger news.

So the followup to Vista was unsurprisingly one of the major stories of the year. When the beta was unveiled at CES in January, millions rushed to download it, leaving Microsoft to extend the availability so more people could get their hands on it.

The beta earned a glowing review from us as well as nearly everyone else out there, ramping up the anticipation for it's eventual release. The full version was released to businesses and manufacturers this summer ahead of the OS hitting retail shelves in October.

And was the final version any good? It was. It even held its own compared to Apple's Snow Leopard and the latest Ubuntu, which is something the gladly forgotten Vista couldn't have managed.

Street View arrives in the UK

Google brought its Street View photo mapping service to the UK in March, sparking off privacy concerns as many asked if we should be worried about photos of our homes being made so easily accessible.

The Information Commissioner's Office gave the site the green light, noting people could request to have images removed, but that didn't stop one village from taking its own action against the site. Broughton made headlines by blocking the Street View camera car from taking snaps on its streets.

Steve Jobs' health is a closely watched subject since the Apple head recovered from pancreatic cancer. As rumours of his poor health suggested he was on his deathbed, Jobs in January admitted to having a "hormone imbalance."

He stepped back for six months to focus on his health, returning to the firm to unveil new video iPods but not before much speculation over his potential successor.

The battle between Google and Microsoft hotted up in July, with Google announcing it was working on its own operating system.

Nearly six months later, Google released the code for the open source Chrome OS, explaining that it would be released on netbook-like devices at the end of next year.

The system which we reviewed here will be cloud focused, and is designed to be used when connected to the internet.

Microsoft takes second in search with Bing and Yahoo

After spending much of 2008 trying to buy web search rival Yahoo, Microsoft instead launched its own search, dubbed Bing.

Rather than dual it out for second place, however, Microsoft and Yahoo then managed to sort out a search and advertising deal, which essentially sees Bing run Yahoo's search, giving Microsoft it's second place to Google it's long desired.

The biggest security story of the year was surely Conficker. The worm had infected millions of PCs and Microsoft even offered up a $250,000 bounty for information on its creators.

After hitting PCs at hospitals, the House of Commons and the Ministry of Defence, Conficker made everyone really nervous when a counter in the worm suggested something was to happen on 1 April. It did eventually connect to the Waledec botnet, and is still going strong around the world today.

One of the biggest stories in IT security this year was Conficker. Also known as Kido or Downadup, the worm had infected nine million PCs by January leading Microsoft to offer up a $250,000 bounty for information on those responsible for its creation.

It managed to take down PCs at hospitals, the House of Commons and even the Ministry of Defence, and everyone got really nervous when a counter in the worm suggested something big was to happen on 1 April. The worm tried to link up to something, and eventually connected to the Waledec botnet.

While security measures helped calm things over the summer, it started to re-emerge as a threat in September, taking down systems at Oxford Brooks University.

Intel was hit by a massive 1 billion fine by the EU in May this year, sparking off a harsh back-and-forth between the two organisations as the European regulator accussed the firm of buying off manufacturers and the chip maker said the case was flawed.

Intel and AMD came to a $1.25 billion settlement, but it wasn't enough to keep the US Federal Trade Commission off the chipmaker's back, as it filed a suit against the massive firm. Will Intel have to settle with Nvidia too in 2010 to appease regualtors?

Gary McKinnon's battle to avoid extradition to the US to face hacking charges continued this year.

His lawyers appealed to the high court, but without much luck. MPs then stepped in, making the case even more political that it had already become. His supporters and lawyers have repeatedly asked Home Secretary Alan Johnson to step in and halt the extradition, on the grounds that the Asperger's Syndrome sufferer is at risk of suicide if sent overseas.

Johnson has refused to halt the extradition, which is set to go ahead soon of course, that's what we thought at this time last year, so it's a fair chance to say this story has a while to run.

Like many of his supporters, IT PRO readers overwhelmingly think McKinnon should be given a job, not a jail sentence.

Oracle to buy Sun, if the regulators let it

In April, Oracle announced it was buying Sun Microsystems for $7.4 billion, beating rumoured favourite IBM to the punch.

Of course, such a deal needed a look-in from regulators first While the US approved it, the EU initially rejected it. After negotiations, they seem to be warming to the deal, however.

Regulators weren't the only ones needing encouragement, though, as Sun shareholders filed a class action suit against Oracle to try to stop the deal.

Launched in 2006, Twitter took off this year. Not only did it add millions of users lead by celebrities like Stephen Fry but it was crowned the word of the year, too.

It's no surprise, either. While it has fewer users than Facebook's 350 million, it's emerged as a powerful communications tool this year and not just to let us share our lunch details with the world. It also helped Iranian protesters communicate and spread the word about Trifugara's injunction.

It wasn't all good news though. The site was hit by a massive denial of service attack in August, and this month a group calling itself the Iranian Cyber Army hacked the site.

Apple tries to fend off Palm Pre with iPhone 3GS

Apple again upgrade its iconic iPhone this summer, bringing in the speedy 3GS. It included a host of business-friendly features, including the long-awaited ability to copy and paste.

While previous generations have sold well, the 3GS has even hotter, shifting a million phones in three days.

But Apple wasn't the only firm with a cutting edge smartphone hitting shelves this year. The well-reviewed Palm Pre arrived in October, as did BlackBerry's new Bold 9700.

Another source of competition was Android, as HTC and others released a host of shiny new handsets.

With such success, it's no surprise that others jumped on board. Mobile operators and manufacturers created their own stores, with the likes of Orange, BlackBerry and others unveiling their own.

Android was one of the most successful, with 20,000 apps, but still nowhere near the number that Apple has. Still, as it's approval process isn't as constrained as Apple's and as more Android-based phones arrive, including the Google-branded Nexus One it looks set to the App Store's main challenger.

The Digital Britain report set out how the government wanted to bring the UK to the forefront of digital countries... by ensuring we all had 2Mbps connections. While the controversial broadband tax raised some eyebrows, it was the ever evolving filesharing plans that really angered people.

Under the new plans - introduced to parliament under the new digital economy bill - the government, namely Peter Mandelson, is looking to cut off persistent illegal filesharers.

Many saw the move as over the top, especially as sites like Spotify make illegal sharing less likely and as groups like the Pirate Party UK gain supporters.

What was your top story of the year? Let us know at comments@itpro.co.uk or in the comments below.

Click here for our top reviews of the year.