A committee of MPs headed up by Keith Vaz has called for the e-borders scheme to be halted as it may be considered illegal under the EU treaty. 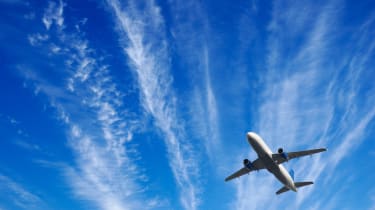 Tracing all travellers entering or leaving the UK would be considered illegal on European routes under the EU treaty, a government Committee has said today.

The e-borders programme has been pushed by the government for security reasons and to speed up travel, allowing agencies to keep information electronically on those coming in and out of the country.

However, a report from the Home Affairs Committee has called for the project to be halted until issues around legality and data protection have been dealt with.

Chairman of the Committee, Keith Vaz, said in a statement: "The major stumbling block, and a very disappointing oversight, is that we are sure that what the programme requires will be illegal under the EU Treaty."

He added: "The programme is intended to cost the taxpayer 1.2 billion and may be illegal. It is shocking that money has already been spent on a programme which could never be implemented."

In addition to these serious issues, a number of practical difficulties were highlighted by the committee such as cost and coordinating with other countries.

Vaz said that the UK Border Agency must stop the scheme until the issues were cleared up and concluded his statement saying: "We cannot have another massive IT project which flounders or is even abandoned at huge cost to the taxpayer, it is simply unacceptable."

However, Phil Woolas, the government's Border and Immigration Minister, has denied that the programme is illegal and said it has EU backing.

In a statement released today he said: "e-Borders is fully compliant with EU law and this has been confirmed by the European Commission."

"This allows us to continue our efforts to secure our border by counting people in and out."

E-border gates are due to be put into place at Heathrow and have already been tested and launched at Stansted, Birmingham, Manchester and Gatwick airports.