We take a look at Samsung's latest netbook, the N140, to see whether it's fit for business use. 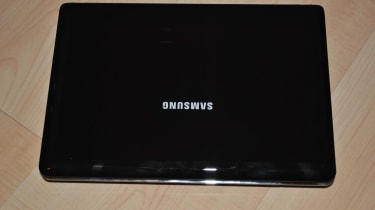 Netbooks are de rigueur at present. Ahead of our full review of Samsung's N140, we share our first impressions of the minute computing powerhouse.

At first glance, you're struck by the shining looks of the compact and bijoux N140. It's very nice to look at and will soon become an item you can't bear to put down. But be warned, with such glossy looks does come a price - the inevitable greasy finger marks on the outer casing.

The N140 comes with Genuine Windows 7 Starter as an operating system, an Intel Atom N280 processor and 1GB DDR2. It appears fast to boot up and power down, with our only real gripe here being the fact that we think it could be even faster.

The default desktop feels cluttered with icons - far too many for the average user. 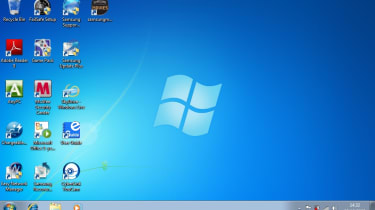 Set up itself is fairly straightforward, with users selecting a language, account name and choosing whether to partition the hard disk or not for back-up purposes.

Weighing in at 1,270g even with a battery tucked away inside, this netbook is portability personified. With a 10.1in LCD screen that offers crisp display and measuring just over an inch thick and 7.3in across, it's the travelling user's friend.

The only thing about its form factor that's not so user friendly is the keyboard. During our initial use, we found the shrunken QWERTY keyboard a bit tricky to use, with our digits often mistakingly pressing the letter next to the one we actually wanted. For seasoned touch typists or users with larger hands, this may well pose a problem but for average or small hands, a bit of practice is likely all that's needed.

The first line shows the output while looking at the keyboard, the second while touch typing.